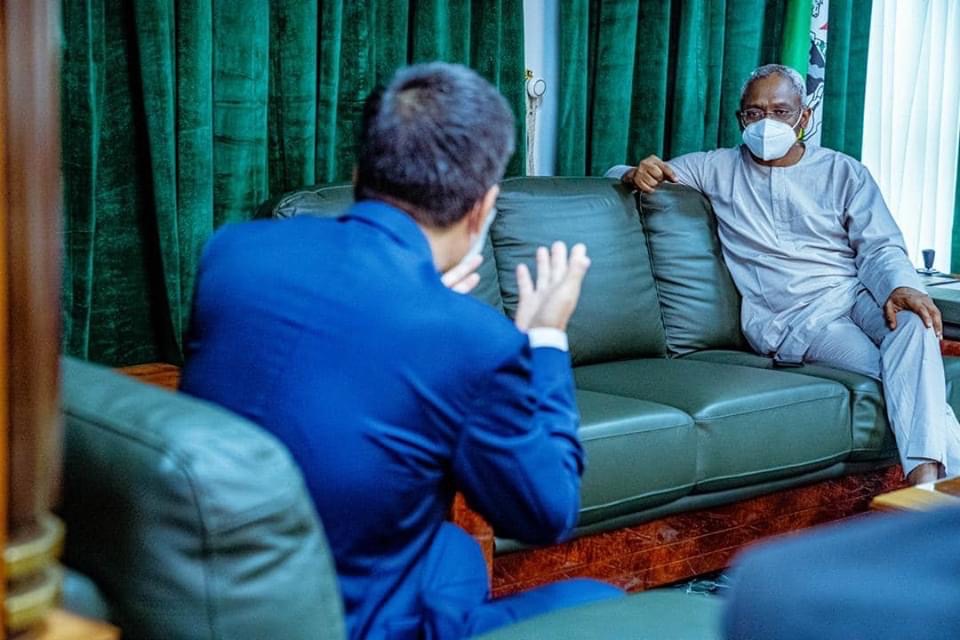 The speaker of the House of Representatives, Femi Gbajabiamila, has expressed displeasure over the inhuman treatment meted out on some Nigerians by the Chinese authorities in Beijing.

Mr Gbajabiamila said at a meeting with the Chinese Ambassador to Nigeria, Zhou Pingjian, that the inhuman treatment on Nigerians in China must be addressed forthwith.

Amidst the fallouts of the COVID-19 pandemic in China, several videos have emerged appearing to show how the Chinese government has harrased Africans, throwing them out of their homes and making them sleep on the streets of Guangzhou, in a province of China.

This has recently created a furore on social media.

The videos that have drawn an hashtag #ChinaMustExplain on Twitter are eliciting comments and questions from Nigerians, who have equally called on the Nigerian government, as well the Ministry of Foreign Affairs, to look into the issue as a matter of urgency.

The speaker went ahead to confront the Ambassador with the protest video of the incident where a Nigerian was seen challenging Chinese officials over the maltreatment.

At the meeting, which had in attendance the Minority Leader, Ndudi Elumelu, and Deputy Minority Leader, Toby Okechukwu, the Speaker said viral media reports/videos from Beijing showed Nigerians being forced out of their houses and hotels, rounded up and their passports seized by the Chinese police.

The viral videos also showed that some Nigerians were being forced into another 14-day quarantine after the initial 14 days they spent for the same purpose in China.

The Speaker said there should be an official explanation for treating Nigerians in such a manner.

“If the diplomatic relationships between our two countries are for the mutual benefits of our citizens, then there must be respect for our citizens, and we should not compromise it,” he said.

“The way you treat your citizens, we expect that’s how you’ll treat others. We will not tolerate our citizens breaking your laws, but the crime of one citizen cannot be used to stigmatise the whole country.

“It appears that’s what happened in this case. You can’t use one brush to smear the whole wall. Whatever the reason, it cannot be used and taken out on the entire community in China.”

In his response, Mr Pingjian said though he had not been officially informed about the details of the incident but that he would take it up with the home government.

“We take our relationship with Nigeria very seriously. Until we receive a full report from back home, I cannot act, but I can assure you it is not a policy issue.

“We treat everyone equally, but during the implementation of the COVID-19 measures in China, it is possible for some incidents; all I do is to take it back home, today I will,” he said.

The Speaker said the House will expect a feedback from the Ambassador as soon as possible, saying “We are glad you are looking into it but we are hoping to have it at least by Tuesday.

“It is better we nip it in the bud so that it doesn’t escalate to another level. So, by Tuesday, if you have the information to give us, if steps have been taken, let’s talk about it and let’s see the way forward.”

The Speaker also sought to understand the specific mandate of the Chinese medical team that arrived Nigeria on Wednesday and if they are on quarantine.

The ambassador said the Chinese medical personnel are in full quarantine and ready to observe all protocols as stipulated by Nigeria.

“They are on 100 per cent quarantine. The NCDC has been there twice; they have to follow the protocol. They are here to deliver medical supplies and on advisory role only, that is a prevention working group on Covid-19. They will do nothing like practicing as doctors,” he said.