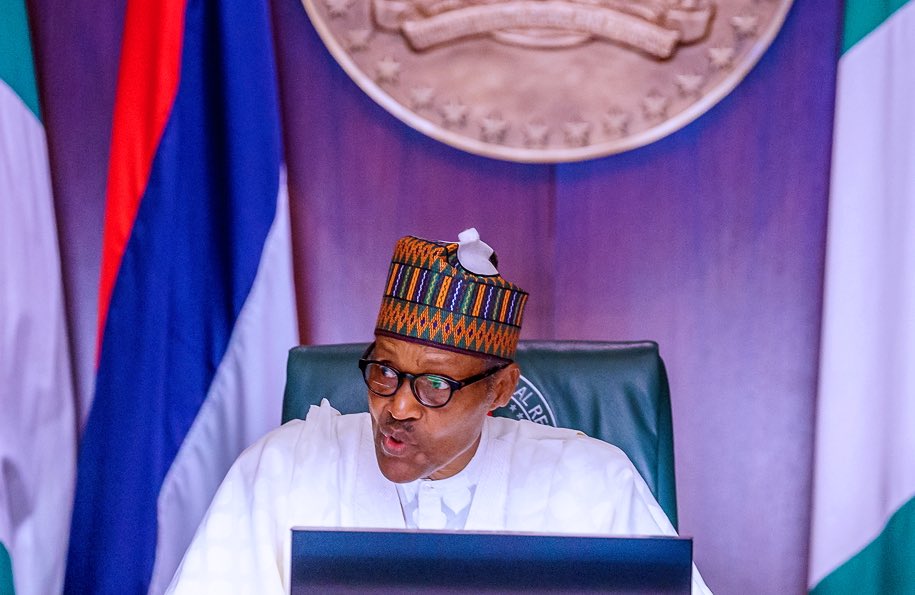 President Muhammadu Buhari has offered a legal backing for the lockdown earlier pronounced in some states over the coronavirus pandemic.

PREMIUM TIMES reported how the president announced restriction of movement in Lagos, Abuja and Ogun, where there are many of the cases were recorded.

He made the announcement during a nationwide broadcast on Sunday.

Mr Buhari said the cessation of all movements in those areas is for an initial period of 14 days with effect from 11pm on Monday, March 30.

“This restriction will also apply to Ogun State due to its close proximity to Lagos and the high traffic between the two States,” the president said.

“All citizens in these areas are to stay in their homes. Travel to or from other states should be postponed. All businesses and offices within these locations should be fully closed during this period.

“The Governors of Lagos and Ogun States, as well as the Minister of the FCT, have been notified. Furthermore, heads of security and intelligence agencies have also been briefed.”

Some lawyers have however countered the president, arguing that the move was unconstitutional and the process for the declaration of the state of emergency was flawed.

According to Jiti Ogunye, a constitutional lawyer, “It has been contended that the President can only lawfully exercise emergency powers regarding the enumerated situations, under Section 305 (3) of the Constitution, if there is a proclamation to that effect and if there is a concurring passage of a resolution by the two Houses of the National Assembly approving the proclamation and details of the emergency.”

“In exercise of the powers conferred on him by Sections 2, 3 and 4 of the Quarantine Act (CAP Q2 LFN 2004), and all other powers enabling him in that behalf, President Muhammadu Buhari, Monday, signed the Covid-19 Regulations, 2020, which declared Covid-19 a dangerous infectious disease.

“The Regulations, effective March 30, 2020, also gave legal backing to the various measures outlined in the President’s National Broadcast on March 29, 2020, such as Restriction/Cessation of Movement in Lagos, FCT and Ogun State and others toward containing the spread of the pandemic in the country.

“In addition, to ensure that Nigerians can still perform on-line transactions and use ATMs whilst observing these restrictions, exemption is granted financial system and money markets to allow very skeletal operations in order to keep the system in light operations during the pendency of these regulations,” the statement read.

Nigeria has 131 cases of COVID-19 while two persons have die as of Tuesday. 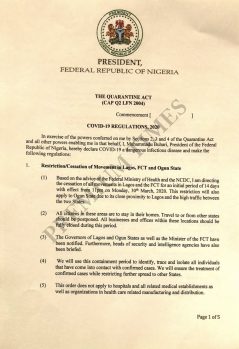 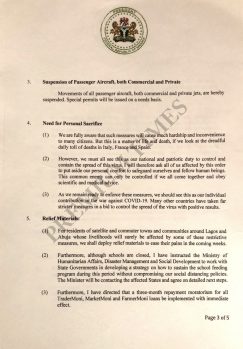 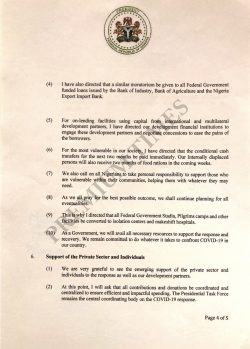 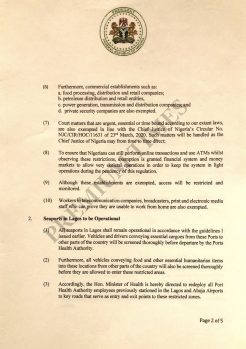 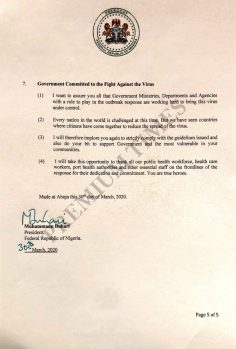 Some drugs have shown promise in treating coronavirus — WHO