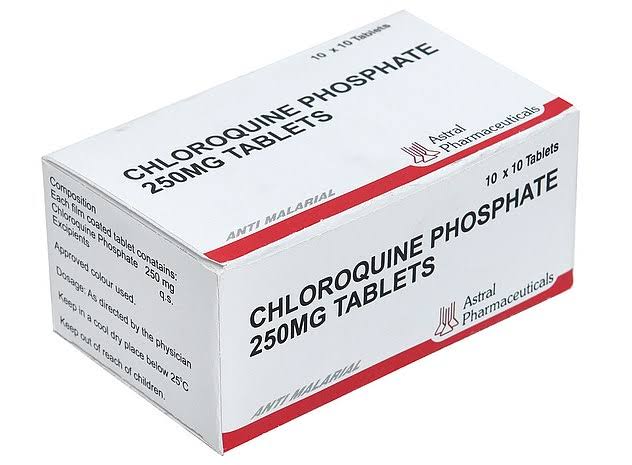 Nigeria has not recommended the use of chloroquine for the treatment of coronavirus in the country, the minister of health, Osagie Ehanire, said on Friday.

Mr Ehanire said this while answering questions from journalists on the status of Covid-19 in the country.

He said Nigeria has not approved the use of chloroquine for the treatment of Covid-19 patients.

Mr Ehanire said it had not been proven that chloroquine is active against coronavirus.

He said Nigeria would not adhere to the recommendations of U.S. president, Donald Trump, but will rather follow the World Health Organisation (WHO) guidelines.

“We no longer use chloroquine in Nigeria. Donald Trump made this announcement but we are not following that announcement.

“We look at what the WHO recommend and we also ask our scientists here what for their recommendations.

“So far, what has been said about chloroquine is it was active in vitro test (test performed in a test tube, or elsewhere outside a living organism) and not in vivo (in the living organism) that is what we know so far about the chloroquine but the situation might change tomorrow,” he said.

Mr Ehanire said the country is “not going to necessarily look at that but we are not ignoring that either possible option”.

He said for the cases Nigeria has had so far, “they did not require the use of chloroquine or any medication”.

He said it had largely been ‘supportive treatment.’

While the minister said there are yet no plans for the use of chloroquine in the country, Nigeria’s drug monitoring agency, NAFDAC, on Friday said it has approved the production of Chloroquine for clinical trials in tackling COVID-19.

Channels TV reported that the Director-General of the agency, Mojisola Adeyeye, on Friday in Lagos, said NAFDAC is not approving Chloroquine for the treatment of COVID-19 but for clinical trials to find treatment for the virus.

“In the case of Chloroquine, it has been demonstrated in the literature and with clinical research which is still ongoing, that Chloroquine is superior to the placebo.

“NAFDAC is not approving Chloroquine as a product that can be used for Coronavirus because there is no submission to us for registration but because it is under clinical trials, NAFDAC approves medicines meant for clinical trials.

“Therefore the medicine is being approved just for the clinical trials,” Mr Adeyeye said.

Chloroquine has been in use for decades for the treatment of malaria. It was phased out for malaria treatment after researchers discovered the disease was becoming resistant to the drug.

At the peak of the Covid-19 outbreak in China where the virus originated, some researchers claimed to have used chloroquine as one of the treatment procedures to patients and said these were successful.

However, WHO expressed doubt about its efficacy saying more research was needed.

According to the UN health agency, research on the Covid-19 virus is still ongoing and there has been no specific approved treatment protocols.

This is because the virus is relatively new and nobody understands the pattern of the disease until weeks ago.

Meanwhile, several researches are still ongoing as many countries try different protocols to combat the outbreak.

Scientists are still rigorously working on the DNA sequence analysis to determine the right treatment and produce vaccines for the virus.

Mr Trump on Thursday said he had approved the use of chloroquine for the treatment of Covid-19 in the U.S.

He said the drug has been around for a long time, so we know if things don’t go as planned, it’s not going to killing anybody.”

His words had sparked concerns among public health experts across the world.

While Mr Trump said the Food and Drug Administration (FDA) had approved the use, the health agency denied this.

The commissioner of the FDA, Stephen Hahn, appeared to contradict the president, saying chloroquine “was undergoing clinical testing in order to gauge its effectiveness.”

While the controversy on the use of chloroquine is still ongoing, some Nigerians have been reported to have begun abusing the drug.

The chief press secretary to the Lagos state governor, Gboyega Akosile, had tweeted on his twitter handle @gboyegaakosile, that some hospitals in Lagos state have been receiving patients suffering from chloroquine poisoning.

Mr Akosile warned people against “massive consumption of chloroquine as a measure to fight coronavirus.”

ANALYSIS: Saving the Soul of the Naira