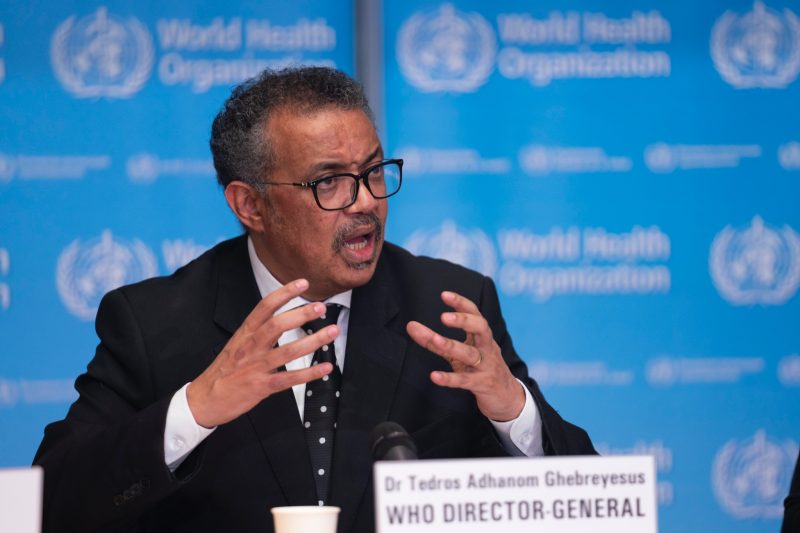 Coronavirus: Africa must prepare for more cases – WHO

A few minutes before Nigeria declared four new cases of coronavirus in the country, the World Health Organisation (WHO) warned that Africans should expect more cases on the continent .

WHO Director-General, Tedros Ghebreyesus, in the daily briefing on Covid-19 in Geneva on Thursday said the continent should learn from how the spread of the virus has sped up elsewhere.

Mr Ghebreyesus said Africa must “wake up” to the coronavirus threat and prepare for the worst.

He warned that while Africa’s confirmed cases were currently low – around 640 – there was no basis for complacency.

Confirmed cases of coronavirus have been on the increase in Africa since it was first reported in Egypt.

While Africa was among the last continents to report cases of the virus, cases are beginning to spread throughout the continent as 33 countries have reported at least a case.

WHO Regional Director for African, Matshidiso Moeti, said during a press briefing on Africa on Thursday, that cases have been low because some countries have been screening from their airports “and some quickly imposed restrictions on travellers.”

She said most cases in Africa were imported from Europe, and there have been cases of local spread in some countries where people live communal lives.

She, however, said the country is beginning to witness a rapid evolution of the disease across many geographical regions.

“Our main interest is to have countries contain the spread, especially the local transmission of the virus,” she said.

So far, Egypt still tops the chart of countries with the most cases in Africa.

As of Thursday, 15:00 GMT, Egypt had reported 210 cases. This is followed by South Africa with 150 and Algeria with 87 confirmed cases.

In Nigeria, the number of confirmed cases increased to 12 Thursday from eight the previous day.

Confirmed cases are beginning to increase in the country as the government has intensified contact tracing to get people who have been in contact with confirmed cases tested.

So far, the number of imported cases are more than local cases.

While Africa is still gearing up for more cases, health experts have expressed anxieties that Africa will not be able to handle a major outbreak.

WHO’s recommendation is that mass gatherings should be avoided. “And Africans should do all they can to cut it from the bud, expecting that the worst could happen,” Mr Ghebreyesus said.

As of this morning, Africa had reported 17 deaths and this is expected to increase as confirmed cases rise.