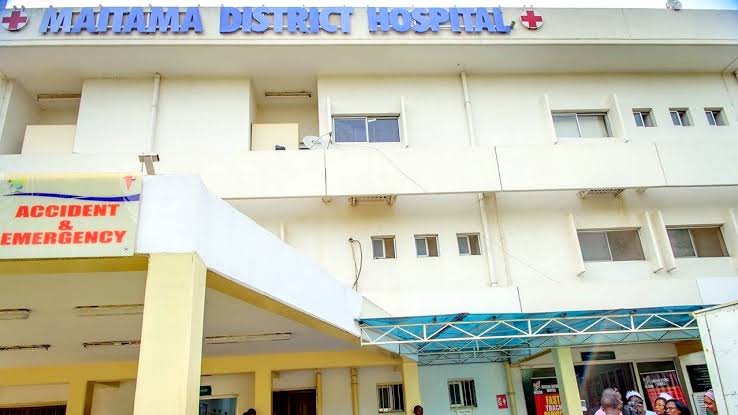 The Nigerian Medical Association (NMA) has narrated how a female doctor was allegedly assaulted and stripped by relatives of a patient in Maitama District hospital, Abuja.

Speaking at a press briefing in Abuja on Monday, the Chairman, NMA FCT chapter, Ekpe Phillips, said the act was carried out while the doctor was carrying out her lawful duty.

He said the relatives assaulted the doctor due to her refusal to approve blood transfusion for the patient.

“This particular case was that of a Chronic Illness (Medical Condition) that was given standard quality care comparable to best practices.

“Unfortunately, the patient did not respond adequately and died.

“In the course of management, patient’s relatives had insisted on blood transfusion which was not required because the blood volume was normal and would further complicate the present condition leading to mismanagement,” he said.

He noted that the relatives had threatened to kill the doctor for refusing their request despite adequate counselling and explanation.

He however said, “they made good their promise by molesting the female doctor and stripped her naked in broad daylight. This indeed is terrible and unacceptable.”

Mr Phillip noted that the act of molesting doctors in their line of duty has become frequent.

He said the association will no longer tolerate such act.

He also said the alleged culprit has been arrested and charged to court.

He noted that the association will support its member to seek justice and enforce their fundamental human rights.

While sympathising with the relatives of the deceased, he urged patients and relatives to follow appropriate channels if dissatisfied with a patient’s treatment rather than “taking laws into their hands.”

He called on the Minister of Federal Capital Territory (FCT), Muhammad Bello, to deploy appropriate security measures to protect the lives of residents including health workers.

All efforts made to get the contact information of the accused were unsuccessful. The hospital refused to provide the contacts for the relatives of the dead patient saying it is unprofessional to give private information about a patient.