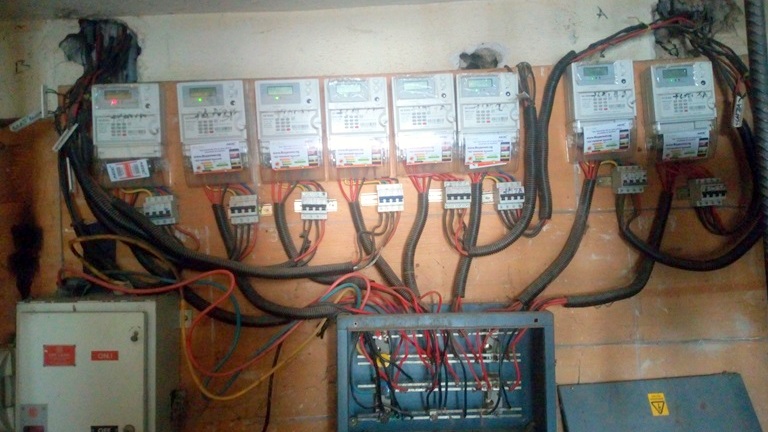 A switchboard of prepaid meters in an official building in Abuja.

Only 43% of Nigerian electricity customers have meters – NERC

The Nigerian Electricity Regulatory Commission (NERC) says only three out 11 Electricity Distribution Companies in the country had metered more than 50 per cent of electricity customers under their coverage areas as at June 2019.

The regulator made this known in its Second Quarter 2019 Report which obtained by the News Agency of Nigeria (NAN) in Lagos on Tuesday.

“The increase in the number of registered customers is attributable to the on-going enumeration exercise by DisCos through which illegal consumers of electricity are brought onto the billing platform of the DisCos. ”

It said the metering of end-use customers had continued to be a priority of the commission as it moved to end complaints of estimated billing in the country.

NERC noted that the pace of metering customers was insufficient to achieving the goal of closing the metering gap in Nigerian Electricity Supply Industry within three years.

“The commission, however, envisage a significant improvement in meters roll-out when all DisCos’ Meter Asset Providers (MAPs) have gotten their permits and fully commence meter deployments,” it said.