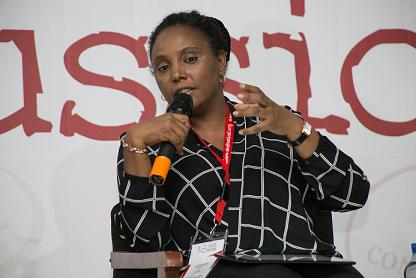 Ms Ahmed, who is the executive director of Daria Media, said the bill presents a clear and present danger to journalists and also the rights of citizens to freedom of expression and is against the Nigerian Constitution.

The Senate recently reintroduced a bill that seeks to penalise persons found guilty of hate speech.

The National Commission for the Prohibition of Hate Speech Bill was sponsored by the deputy chief whip, Aliyu Abdullahi.

It prescribes the death penalty for anyone found guilty of spreading a falsehood that leads to the death of another person.

The bill also seeks the establishment of a National Commission for the Prohibition of Hate Speech to help investigate and prosecute offenders.

A similar bill was introduced to the Senate in March 2018 for consideration and passage. It, however, did not make it through to third reading.

The reintroduction of the bill has generated controversy among Nigerians.

During her remarks, the ace broadcaster noted that the bill seeks to gag citizens by taking away their rights to freedom of expression as guaranteed in Section 39 of the 1999 Constitution, as amended.

She stated that Nigeria is already doing very badly in terms of its record on press freedom and has been recognised as a country where criminals, government and politicians use violence to silence critical views, particularly in the media.

“We ask the National Assembly not to pass a bill which is contrary to our constitution, the instrument that confers legitimacy on them. We all recognise the dangers of fake news and hate speech but existing laws like the cyber-crimes act of 2015 and those on libel and defamation is more than adequate to deal with these crimes when they arise.

“One of the critical pillars of a functioning democracy is a free press and we know the proposed social media bill will become another tool in the hands of security agencies for the muzzling of criticism not just by citizens but also by journalists”.

Ms Ahmed also revealed that the Nigerian media industry is working on self –regulation in line with global best practice and before long, we will be making a major announcement in this regard.

“To conclude, we want to be clear, all of us working in this sector oppose this bill and give notice that we will fight it using every legitimate tool at our disposal including protests and the courts.”

Ms Ahmed was formerly with the BBC. She was the managing editor of the rested NEXT newspapers. In 2011, she moderated Nigeria’s presidential election debate. She was the co-producer and presenter of Straight Talk, a gritty, hard-hitting interview programme with some of Nigeria’s present and past decision-makers. The programme grew to over 4 million viewers globally.

She is also the creator and anchor of the show, The Core, on Channels TV.