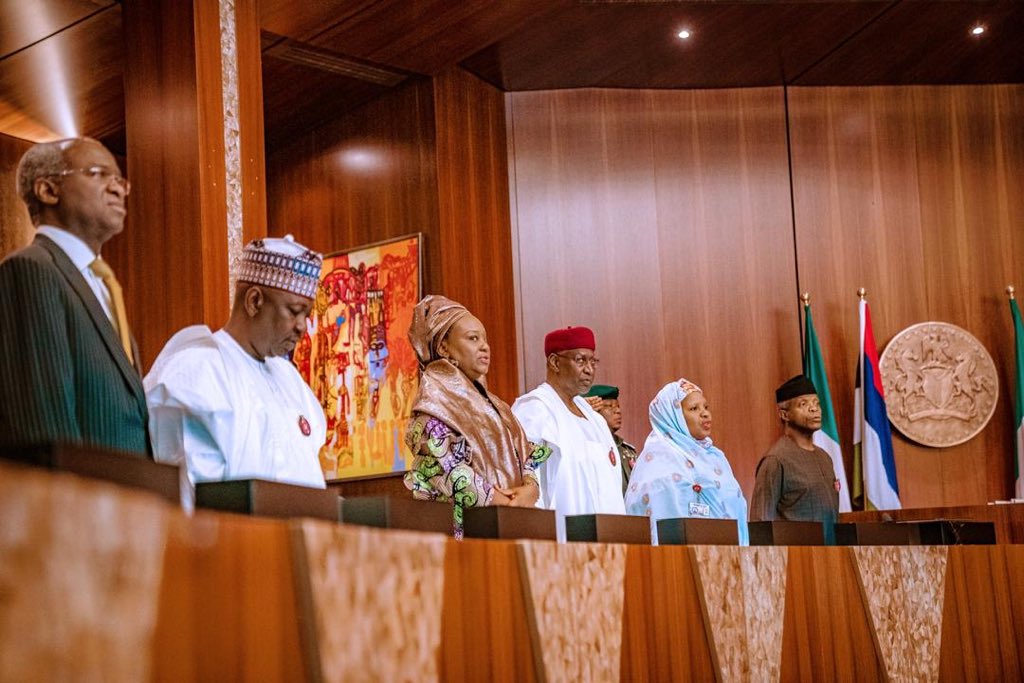 Months to end of Vision 2020, Nigeria mulls another development plan

With the expiring Vision 2020 failing to make Nigeria one of the 20 strongest economies in the world by 2020, the government is considering the introduction of another long-term development plan to guide its programmes and activities.

The chairman of the Senate Committee on National Planning and Economic Affairs, Olubunmi Adetunmbi, dropped the hint on Saturday at an accountability discourse series organised by Actionaid Nigeria.

Ten years into the expiring grand development plan, it has not made a dent on Nigeria’s developmental challenges.

A development expert, Nasifi Darma, said roughly 62 per cent of the population still live on less than two dollars a day, life expectancy hovers around at 51 years; there is 17 million housing deficit, and collapsed infrastructure requires N3 trillion annually to fix over the next 30 years.

Speaking on Saturday at the event, Mr Adetunmbi said between December 9 and 10, stakeholders across the country will gather at a retreat in Abuja, the Federal Capital Territory, to begin the process for the new development plan.

“I met with the Ministers of Finance and even that of National Planning during the week ahead of the retreat, and we are hopeful that the outcome will be different this time. The members of the National Economic Advisory Council will also be on ground to take part in the process,” Mr Adetunmbi said.

What Vision 2020 sought to achieve

The development plan took about nine months to produce by commissioned 1,000 economic and development experts. Its policy document, which was signed in 2007, stated that: “By 2020, Nigeria will be one of the 20 economies in the world, able to consolidate its leadership role in Africa and establish itself as a significant player in the global economic and political arena.”

The draft policy document broke down the processes and stages to achieving the target to include building a solid foundation between 2008 and 2010; achieving the Millennium Development Goals (MDGs) en route 2020 between 2011 and 2015, and the eventual attainment of one of the global best 20 economies in the world by 2020.

But all the agenda seemed to have failed, leaving the majority of Nigerians in worse socioeconomic conditions than before.

Tagged “Long-term Development Vision for Nigeria,” Actionaid Nigeria, the organiser of the initiative, said the public discourse was aimed at questioning those in authorities in the country on major socio-economic development plans.

The organisation said the programme is part of the activities of one of its major campaign platforms which it codenamed SCRAP-C, otherwise regarded as, “Strengthening Citizens Resistance Against Prevalence of Corruption.”

Speaking on the importance of the initiative, the project manager, Newton Otsemaye, said enhancing the citizens’ participation in government activities towards ensuring accountability is the reason behind the campaign.

“Today, we have been told that that government now knows that Vision 2020 cannot be achieved and another process is being planned. We can then begin the process to critique the new process by ensuring massive participation of the people across social strata. Today, you can see market women, artisans, media, civil societies forming the audience, and the project is showing live on two national television stations. So we must hold them accountable when they fail us,” Mr Otsemaye said.

Appraising the pitfalls of the past

Appraising the pitfalls frustrating the various development plans of the country, another participant at the discourse forum, and a professor of Development Economics and Public Finance at the University of Abuja, Nazifi Darma, identified poor implementation plans and poor investment in technologies and infrastructural deficits as major challenges.

Mr Darma said Nigeria must be prepared to “steal technologies from the developed economies,” saying it is legitimate to steal technologies and adopt successful strategies from other nations to develop a hybrid version suitable to the country’s peculiarities.

He said; “The only thing that is legitimate to steal globally is technology, and we must do that as a nation if we desire to progress. There are countries that have been faithful to their development plans through proper monitoring and institutional processes such as India and China. Kenya has also just completed its development plan and the process was not only inclusive but very robust and detailed. We must be prepared to learn from all these to achieve realisable plans.”

The university don also suggested making laws to institutionalise development plans so that a new government does not abandon the plans midway.

The panellists which include the Country Director of Global Rights Nigeria, Abiodun Baiyewu-Teru, and social commentator, Jaiye Gaskiya, concluded that any development plans that do not factor the full commitment of other tiers of government cannot be regarded as a true development plan.

Ms Baiyewu-Teru noted that the process of developing development plans in Nigeria leaves out the people during the development of strategies, saying until people from the grassroots are carried along during the process, there will be nothing to achieve.

She said the current situation dims the people’s hope for a realisable plan, but urged the government to disappoint the pessimists by bringing onboard experts across boards regardless of their religious, gender and political affiliations.

Retreat as another jamboree?

Some participants at the event said the new development plan being considered by the government may end up like those before it.

According to them, as long as Nigeria does not know the exact figure of its population, planning for the country’s development will remain a dream.

A participant, Shina Atta, said the last official population census conducted in 2006, which he noted was a subject of criticisms, is no longer reliable for the country’s national planning.

Also speaking, a journalist, Tunde Aremu, said in order not to make the fresh process another jamboree, stakeholders must be ready to involve experts who would be bold to speak the truth.