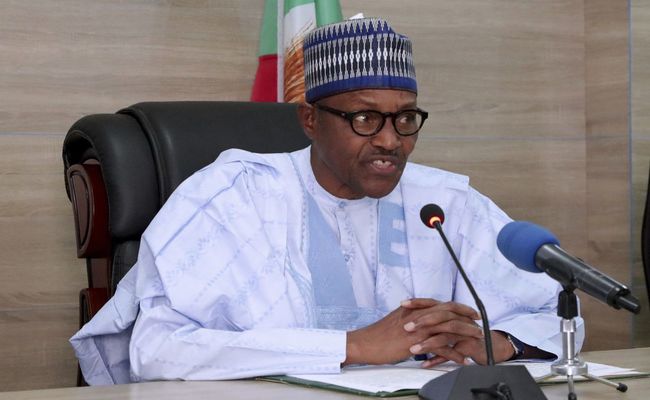 Why some presidential aides were sacked — Buhari

President Muhammadu Buhari has said the recent sack of some presidential aides was “aimed at enhancing service delivery to Nigerians”.

He spoke as he returned to the country Friday, after his 15–day holiday in the United Kingdom.

A statement by his spokesperson, Garba Shehu, quoted Mr Buhari as saying the decision had been given ‘ethnic and political’’ interpretations.

‘‘They said 35 people were sacked in the vice president’s office. We just created some ministries and we reorganized and people are giving it ethnic and political dimensions. It is unfortunate,’’ the statement quoted the president as saying.

Mr Buhari said he would work harder and ensure accountability from bottom to top.

‘‘Whoever is responsible for government property, [should know] it is public property, it is not personal and he has to manage it according to the law.

‘‘That’s what I expect and I think that we have been around long enough to impress on people that we mean what we say,’’ he said.

The president was away between November 2 and 15 on a vacation in the UK.

PREMIUM TIMES reported on Thursday how some protesters in the UK booed a convoy presumed to be carrying the president.

Many of the them carried placards calling for freedom for the detained publisher of Sahara Reporters, Omoyele Sowore. Others condemned the treatment of the leader of the Shiite movement in Nigeria, Ibrahim El-Zakzaky.

“Buhari, Stop Poisoning Sheikh Zakzaky,” one of the placards read. “Omoyele Sowore is not a criminal,” another placard read.