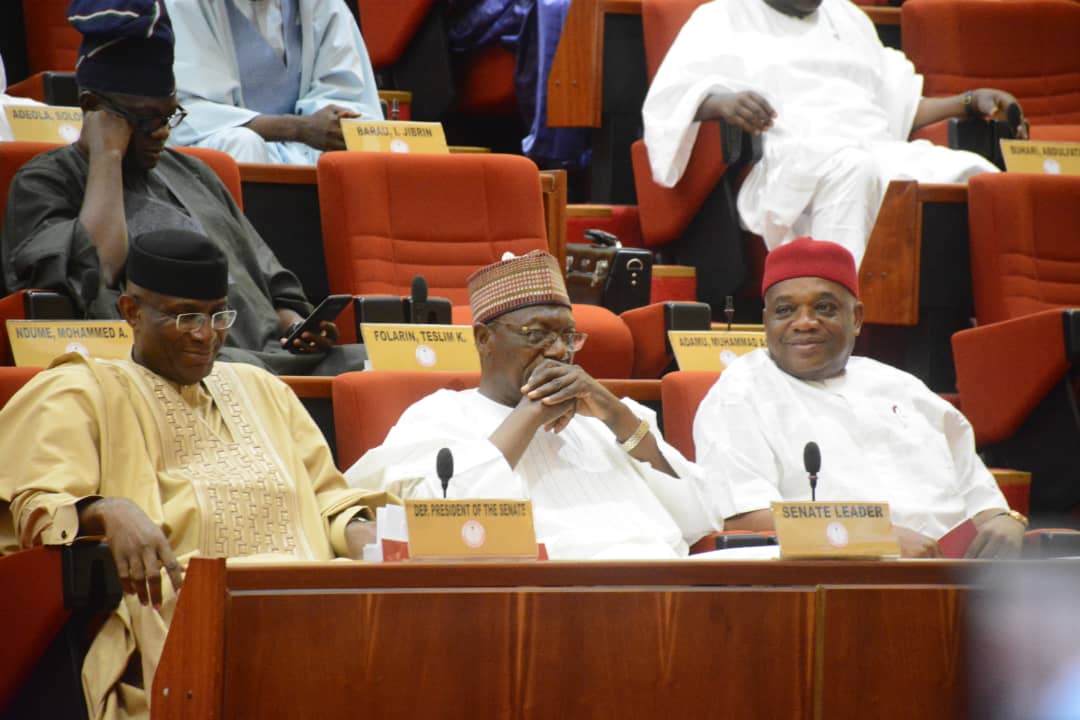 The Nigerian Senate on Wednesday re-introduced the Sexual Harassment Bill. The bill sponsored by the Deputy Senate President, Ovie Omo-Agege, was read during plenary for the first time in the 9th Assembly.

The 8th Assembly of the Senate under the leadership of Bukola Saraki had passed the bill titled: “Sexual Harassment in Tertiary Education Institution Prohibition Bill”. The bill was sponsored by Mr Omo-Agege and 57 other senators.

The bill prescribed a five-year jail term for lecturers and educators convicted of sexual harassment of their male or female students.

The bill also recommended expulsion or suspension for students whose claims of being serially abused by lecturers or educators are found to be false by any competent court.

Another provision of the bill is a fine of N5 million in the event that the accused person is convicted by a competent court of law.

The bill was however rejected by the House of Representatives when it was sent for concurrence.

Then Femi Gbajabiamila, who is now the Speaker of the House of Representatives, had argued that the bill did not take care of other spheres of the society like the workplace, religious institutions among others – an argument which was adopted by many members of the House.

The lower chamber had stepped down the bill pending consultations with both chambers of the National Assembly.

The report sparked reactions from Nigerians who described the issue as a norm in Nigerian universities.

The re-introduction of the bill also comes after Mr Saraki called on the 9th Assembly to revisit the bill.

The lawmakers will debate the provisions of the bill during second reading on another legislative day.