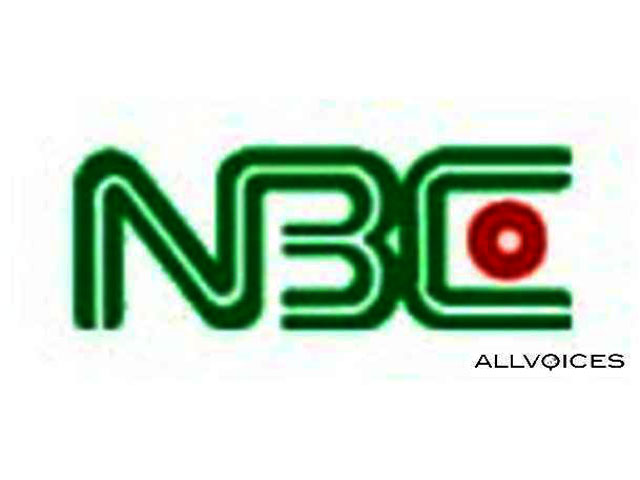 The Economic and Financial Crimes Commission, EFCC, is prosecuting Mr Mba alongside Patrick Areh,(former NBC director of finance), Basil Udotai (alleged owner of Technology Advisor), Babatunji Amure (alleged owner of Divine Partners and fourth defendant) and Technology Advisors, a company, for alleged criminal diversion and stealing of NBC’s funds to the tune of N2.9 billion meant for the purchase of setup boxes for a switch-over from the current analogue to digital system of broadcasting in the country.

Mr Madaki, who appeared as the 13th prosecution witness, tendered a total of 16 documents as exhibits, unearthed in the cause of investigating the fraudulent transactions.

The prosecution counsel, Chile Okoroma, boosted the exhibits by tendering their Certified True Copies, (CTC) in court. Mr Madaki revealed to the court that in 2015, the first and second defendants (Mba and Areh) made an inflated fixed deposit of the sum of N13.890 billion, as collateral with Zenith Bank to enable them to offset the liabilities accruing from the execution of the digital setup boxes.

“We discovered that the entire sets of boxes were to cost N9 billion and some fractions, however for reasons best known to the first and second defendant, N13.890 billion was paid to Zenith Bank,” he added.

He disclosed that on September 10, 2015, the first and second defendants issued a ‘mandate’ order to the bank to move the funds to other accounts without reference to the first letter of claims of the collateral.

“On September 10, 2015, the first and second defendants sent a letter to the bank, contrary to the first letter of claims that the funds should be moved out of that account to a Zenith bank’s collateral account, which became suspicious,” he said.

According to him, that was why he probed the transaction and discovered that only N3.7 billion, out of the N13 billion, was used to raise the letter of credit for the manufacturing of the setup boxes.

He explained that the balance of N10.61 billion and some fractions was ordered to be transferred to EFCC’s recovery account, after which the former President Goodluck Jonathan directed that the funds should be moved back to NBC’s account to enable them to continue their work.

He further stated that President Jonathan gave approval for the spectrum licence to be sold on auction to the higher bidder and the approval was obtained.

According to Mr Madaki: “The bill submitted by the communication chamber was £10,000 (Ten Thousand Pounds) while the records of the payment showed that N5.560million (Five Million Five Hundred and Sixty thousand Naira) was paid. From the analysis, the Communication Chambers put the spectrum at $300 million even though it was licensed for $171million (One Hundred and Seventy-one Million) to MTN.

“When the transaction was concluded and they came to MTN to pay the sum of N34,114,500(Thirty-four Million One Hundred and Fourteen Thousand Five Hundred Naira) equivalent of $171 million for the spectrum, NBC, however, forwarded two accounts to MTN for the payment. The accounts are the NBC Switch Over Project Account and the Technology Advisor’s Account,” Mr Madaki stated.

The witness further revealed that “there was a delay in payment because MTN was not convinced and comfortable with the transaction, as there was no third party (Technology Advisor) involvement all through the time of communication. This was made known in a reply letter. They also noted that Technology Advisor was not part of the transaction because it is not a subsidiary of NBC. After some time, NBC forwarded an NBC’s account, where the funds were credited on July 28, 2015.”

Madaki also said that on August 12, 2015, a mandate was again issued by Mba and Areh to Zenith Bank, where the NBC Account is domiciled to transfer N2, 899,723,500billion, adding that the bank transferred the sum to Technology Advisor’s account, contrary to what was in the mandate and that as soon as the company received the money, the second defendant began to transfer and redistribute it.

The witness also told the court that on August 19, 2015, the defendant transferred another N390 million to a company, named Calas Ventures, a bureau de change, operated by one Kabiru Abdullahi on his behalf.

According to Mr Madaki, on the same date, the defendant also transferred another N260 million, which was changed into dollars and handed it over to one Ibrahim Ismailia, his associate.

The witness also told the court that N130 million was again transferred by the second defendant to one Azuku Inter Global Services for the construction of a radio station for him in Onitsha.

“Out of all the accounts associated with the transactions, only Lingage Corporation Resources Limited could not be reached. We did all we could within our power but we couldn’t contact them as he claimed to be his public relations officers,” Mr Madaki said.

The witness further stated that some other documents show that Technology Advisor auctioned the spectrum licence on behalf of NBC, and was to be paid 10 per cent of the total sum of the transaction.

He mentioned a proposal, written on October 30, 2015 by Technology Advisor to the former DG of NBC, where it said that it was going to raise funds by auctioning the spectrum to local telecommunications companies, who would participate in the auction in order for the DG to raise funds for the project called DASO (Digital Switch Over).

Justice Ogunbanjo adjourned the proceeding to October 22, 23 and 24, for the continuation of trial.