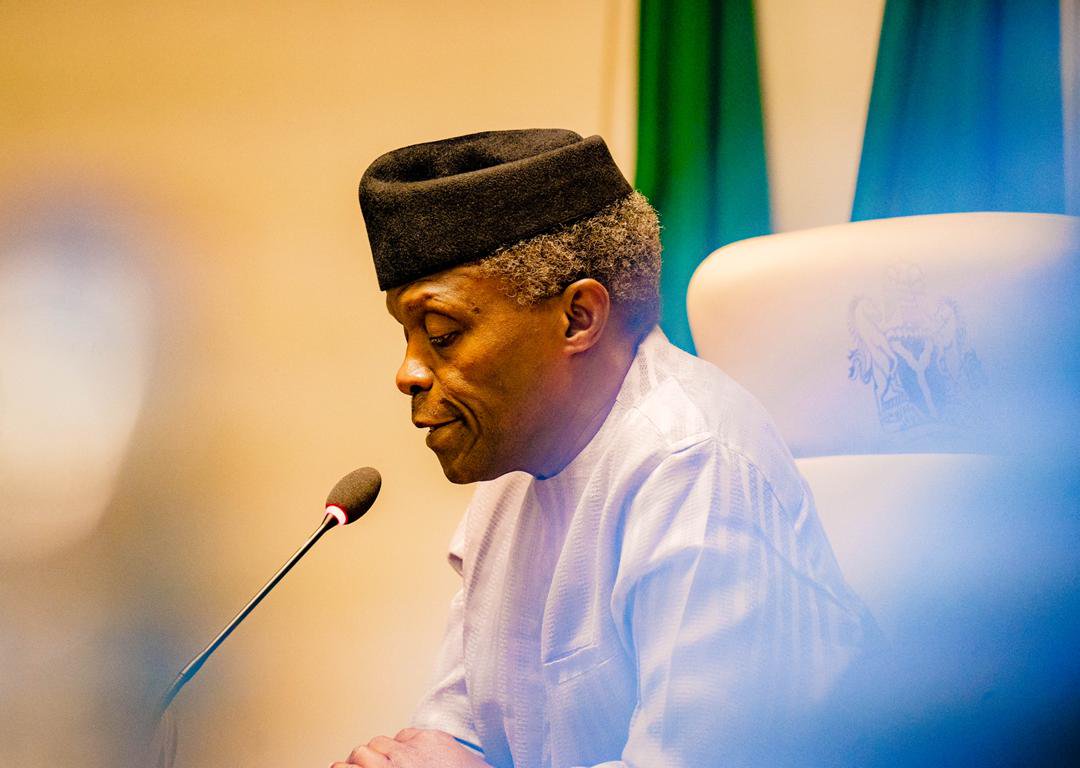 Mr Osinbanjo said this at a power sector roundtable hosted by Mainstream Energy Solutions Limited (MESL) at its Kainji Hydropower Plant in Niger State on Tuesday,

The Vice President who was represented by the Minister of Power, Sale Mamman, said “the Federal Executive Council (FEC) approved the third round of intervention funding for the sector, with a total of about N1.5 trillion in the last two years.

“However, if the country is to achieve its aim of channelling funding to other critical sectors, it is pertinent that structural reforms be put in place to enable the power sector fund itself sustainably,” Mr Osinbajo said.

The Central Bank of Nigeria in May announced the disbursement of N120.2bn to different electricity distribution companies (DISCOs), power generating companies (GENCOs), service providers and gas companies, in order to address the liquidity and funding challenges facing the sector.

Also in response to challenges in the power sector, especially in the generation sector, PREMIUM TIMES reported in September, how the World Bank announced it is in talks with the Nigerian government for a $2.5 billion loan to resolve the problems of the country’s power sector.

The Bank in 2018 approved an estimated $486 million to improve and upgrade electricity transmission’s network of infrastructure and rehabilitate substations and lines in Nigeria.

According to the report, Mr Osinbajo said the President Muhammadu Buhari administration’s goal to lift 100 million Nigerians out of poverty could only be achieved through ”improving the unresolved challenges in the power sector to drive industrialisation.

“I implore all key power sector players to resolve to think of the solutions to the challenges in the sector,” he said.

The chairman, Board of Directors of MESL, Sani Bello, however, implored the federal government to improve on its monthly payment for energy generation rather than the paltry 15 per cent it is getting.

“As of May 2019, we only received 15 per cent. I don’t think any GenCo can survive with that,” he noted and urged the government to provide a cost-reflective tariff.

Mr Bello said MESL has made a remarkable improvement in its operation of both Kainji and Jebba hydropower plants since it took over the plants in 2013. with a production double its previous distribution of 300MW six years ago.

According to him, both plants now have 922MW capacity, generating 25 per cent of the national grid energy.

“When we took over the operations of Kainji and Jebba hydropower plants about six years ago, their capacities were less than 300 megawatts (MW). But today, we have more than doubled that.”

”To expand the plants, MESL has awarded a $27 million contract to recover Unit1G7 at Kainji plant. It will also spend $60million to rehabilitate Unit1 G8 and 9 turbines in the plant.

”For Jebba plant, MESL will spend $32m to rehabilitate its turbines while budgeting for the maintenance of other turbines.

”MESL will also invest $109m to expand the Kainji plant by installing two turbines to generate 240MW additional power to the national grid. It has also spent N1.4 billion on 109 community enhancement projects around the dam sites of its two power plants. He said.

The Partner and Chief Economist of PwC Nigeria, Andrew Nevin, suggested that the electricity market could get N400bn liquidity if industries’ tariff was raised to N80 per kilowatt-hour (kwh), and 50 per cent electricity is dedicated to industries.

The Managing Director of the Transmission Company of Nigeria (TCN), Usman Mohammed, said “Generation has reached 7500MW, the transmission has gone to 8100MW and distribution moved from 3000MW to 5000MW. We have made progress but not as fast as we thought it would be.”

Policewoman alleges husband wants to use her for money ritual