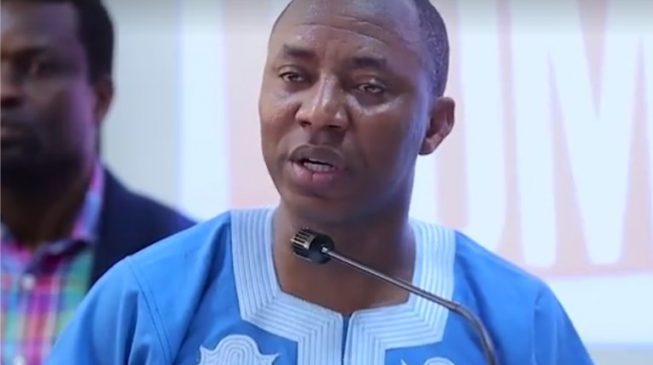 The Publisher of Sahara Reporters, Omoyele Sowore, has fulfilled the bail conditions given by the Federal High Court in Abuja on Tuesday for his release.

In a document seen by PREMIUM TIMES, Mr Sowore’s lawyers led by senior counsel Femi Falana deposed to an affidavit confirming compliance with the order, Wednesday.

The affidavit was attested to by a lawyer from Mr Falana’s Chambers, Marshal Abubakar.

Mr Abubakar told PREMIUM TIMES Wednesday afternoon that they were still at the office of the State Security Service putting final touches on requirements for Mr Sowore’s bail.

The documents affirming compliance with the conditions was received by an SSS official, Ayuba Adam, at 10:08 a.m on Wednesday.

The affidavit also had the seal of the Federal High Court confirming the finality of the required legal process.

Mr Sowore was granted bail on Tuesday by Justice Taiwo Taiwo who ruled that there were no longer extant reasons for his further detention.

The court said Mr Falana would be responsible for producing Mr Sowore for his trial in court.

Although court orders are meant to always be obeyed, the SSS and the Nigerian government have in the past ignored court orders to release suspects.

The SSS still detains a former National Security Adviser, Sambo Dasuki, despite several court orders that he should be released.

The agency has, however, not given any indication that it will not obey the court order on Mr Sowore.