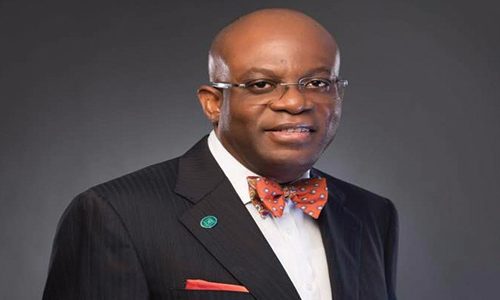 Independence of judiciary under threat under Buhari — NBA President

The president of the Nigerian Bar Association (NBA), Paul Usoro, has accused the Buhari-led government of undermining the independence of the judiciary.

Mr Usoro gave the remark at an event to mark the beginning of the 2019 judicial year in Abuja.

He accused the executive arm of government and its agencies of plotting to “tele-guide the activities and decisions of the courts”.

Mr Usoro, who is facing trial on allegations of fraud, was one of the strong voices against the removal of former Chief Justice of Nigeria, Walter Onnoghen.

Mr Onnoghen was forced out of office, following allegations of false asset declaration.

Mr Onnoghen’s removal, weeks before Nigeria’s General election in February was condemned by critics as a move by the executive to gag the judiciary.

In his speech, which as one of many others at the 2019 judicial year opening ceremony, Mr Usoro said “the mental and physical disposition of judges was instrumental to the attainment of justice in any society”.

He also said the independence of mind and thoughts by judges in the determination of matters before the courts is under severe attack.

“It is not unusual these days to hear high officials of government talk down the judiciary and ridiculously and rather ill-advisedly dump all the ills of society on the judiciary,” he said. “Decisions by Your Lordships are sometimes brazenly denigrated and attributed to ulterior and ill motives – and these on social and traditional media platforms.”

He also said “veiled and sometimes open and, in all cases, audacious attempts are made to tele-guide and program the decisions of courts”.

“These are very dangerous practices that destroy the independence of the judiciary and by extension the rule of law and indeed the fabric of our society,”the NBA president said.

Mr Usoro said the success of a democracy was largely dependent on a free judiciary and that denigrating the judicial sector was an invitation to anarchy.

“The society needs and can only survive if we have independent-minded judges who are empowered to dispense justice to all manner of men, including government departments, without fear or favor,” he said. “We can only survive as a nation if the independence and vibrancy of the judiciary, particularly, the non-interference with the thoughts and decision-making processes of Your Lordships, are guaranteed and protected.”

The NBA president also said: “self-help and anarchy ultimately become the available remedy. Of course, our economy suffers in the process: the investing public, both local and international lose confidence in our justice system consequent upon these denigrations of our judiciary and there follows a consequential downturn in our economy with the attendant fallout on the socio-economic wellbeing of our people.”

Also in his opening remarks, the Justice Minister, Abubakar Malami, urged the judges to maintain the sanctity of the Judiciary by avoiding all forms of corruption.

“In view of the Constitutional mandate bestowed on this Court and the nature of cases being adjudicated upon by this Court, I urge My Noble Lords to maintain sanctity and credibility and to ensure that the sacred integrity reposed on your Lordships remain unshaken at all times in order to foster and promote public confidence in all judgments and rulings that emanates from this Court,” Mr Malami said.

The acting Chief Justice of Nigeria, John Tsoho, lamented the inadequate number of judges and courts to address the increasing demand of litigation in the country.

Mr Tsoho, who spoke at another event, said he will discuss the need for engagement of additional judges “with leaders of the Judiciary sector as a matter of urgency”.

He said the High Court recorded a backlog of 116,623 cases during the outgoing judicial year.

Also speaking at the event, a senior Nigerian lawyer, Adegboga Awomolo said Nigeria was in urgent need of specialised courts that will allow judges to face specific issues, “rather than adjudication on different cases from a wide range of laws that make the work of judges and lawyers cumbersome”.

Mr Awomolo said the era of general jurisdiction for courts had since been overtaken by specialisation of courts “and Nigeria cannot be left behind”.

“The challenge which we wish respectfully, to place before my Lord, the Chief Judge is to break this court into specialised divisions,” he said. “What I mean is that the era of general jurisdiction in one judge, has shown that a judge in each day, has over 25 cases to deal with. Their claims or causes include political matters under Electoral Act, criminal matters under NDLEA, NAPTIP, EFCC, ICPC and sundry crimes.”

He also added that “specialised Divisions of the Federal court will lead to specialisation, increased productivity, reduce the much talked about delay in the administration of justice arising from unnecessary work load.”

“The calls and argument for “Special Corruption Court” will pale into insignificance and spent. We are in twentieth century where information technology has become a tool for efficient management of cases, resources and time in the administration of justice.”

Mr Awomolo said a decision to specialise the courts should not be regarded as an impediment, “but a source of growth for the sector at all levels, including the Supreme Court”.