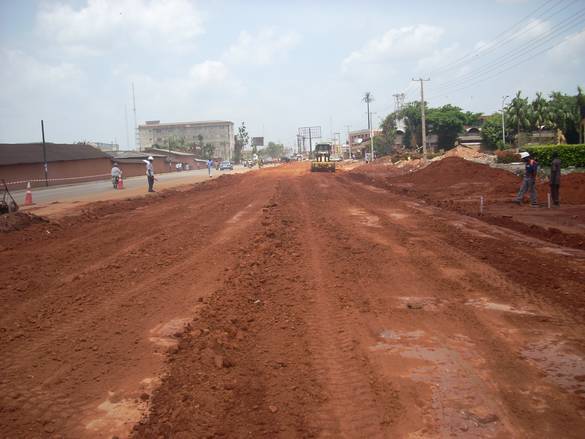 The federal government has introduced three alternative funding sources to enable it to deliver on infrastructure projects.

The Controller of Works in Lagos State, Adedamola Kuti, made the disclosure in an interview with the News Agency of Nigeria (NAN) in Lagos on Sunday.

“The first type of alternative funding source is the Sukuk, which is a type of Islamic loan with almost 0 per cent interest rate.

“The loan does not only have minimal interest rate, it is also very affordable. It is very attractive to the government.

“Though no project in Lagos has benefitted from it, the federal government has picked 25 roads nationwide across the six geopolitical zones to benefit from the loan,” Kuti said.

He said that the first tranche of the Sukuk funding released to the government was N100 billion, adding that this sum was divided equally to projects across the six geopolitical zone.

According to the controller, projects in the South-west benefitting from the funding are the Ajebandele-Sagamu Road and the Oyo-Ibadan Road.

According to Mr Kuti, the second source of funding is the National Sovereign Investment Authority (NSIA).

He said that five critical projects in Nigeria were benefitting from the special funding in hard currency.

“The projects benefitting from the funding include the Lagos-Ibadan Expressway, Abuja-Kaduna-Kano Road, and the Second Niger bridge.

“A section of the East-West Road from Oron to Eket and the Mambilla Plateau Electricity Project are also under the NSIA funding.”

“The Apapa-Oworonshoki Expressway project is under the scheme, where an investor has been identified, i.e Messrs Dangote.

“This road is the beginning of the Lagos-Ibadan Expressway,” he noted.

According to the controller, under the scheme, an investor advances the government its tax for a specified number of years.

“This advance tax is used to fix roads,” he said.

“It is a win-win situation for everybody. The investor protects his investment in the chosen area, business begins to boom.

“A lot of people have been complaining that businesses are failing due to bad roads,” the controller said.

The controller said that hitherto a lot of projects had been having difficulties getting appropriate funding for their implementation. (NAN)