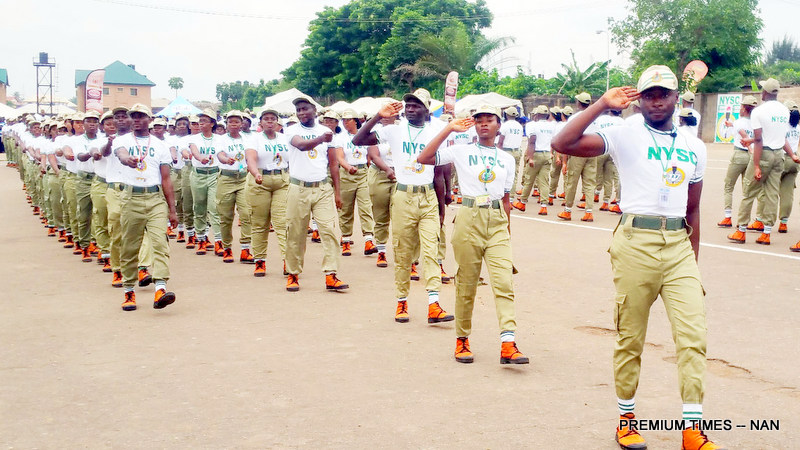 FILE PHOTO: MEMBERS OF THE NATIONAL YOUTH SERVICE CORPS BATCH 'A' STREAM 2 CORPS MEMBERS SERVING IN LAGOS STATE DURING THE CLOSE OF THEIR ORIENTATION PROGRAMME, IN LAGOS ON WEDNESDAY (29/6/16). 4703/29/6/2016/YO/MA/BJO/NAN

The National Youth Service Corps (NYSC) says more than 4.6 million graduates have participated in the scheme since inception in 1973.

The director-general of the scheme, Shuaibu Ibrahim, said this on Thursday in Abuja while giving the scheme’s scorecard.

Mr Ibrahim said the scheme has achieved so much in fostering unity and contributing to national development over the years.

He said the educational development of the country has also been positively impacted by the presence of corps members as teachers in schools.

“Since inception, 4,664,804 Nigerians have participated in the NYSC scheme. The scheme has done a lot to foster unity and integration through the policy of posting of corps members to other states than their state of origin,” he said.

“Educational development of the country has been positively impacted through the posting of corps members to schools.

“The level of literary has also been improved among the populace through the activities of the corps Mass Literary Group which has the mandate of reducing illiteracy, especially among adult non formal level to the barest minimum,’’ he said.

Mr Ibrahim said the NYSC has also contributed to strengthening healthcare delivery through posting of corps members to public hospitals as paramedics.

He added that over one million corps members have also benefited from the scheme’s Skills Acquisition and Entrepreneurship Development (SAED).

“The SAED was established in 2012 with the mandate to drive the scheme’s collaboration with various stakeholders toward addressing the problem of graduate youth unemployment.

“The scheme is collaborating with national and international organisations toward providing material, technical and financial support for the programme.

Mr Ibrahim said that the NYSC was determined to strengthen the relationship with the media to maintain its positive visibility.

Adenike Adeyemi, NYSC’s Director of Press and Public Relations, said that the NYSC had become a household name due to its relationship with the media.

“As an organisation that values its critical stakeholders, we have continued to enlist the support of our media partners to showcase the scheme’s efforts and contribution towards advancing our dear country to greater height,” she said. (NAN)