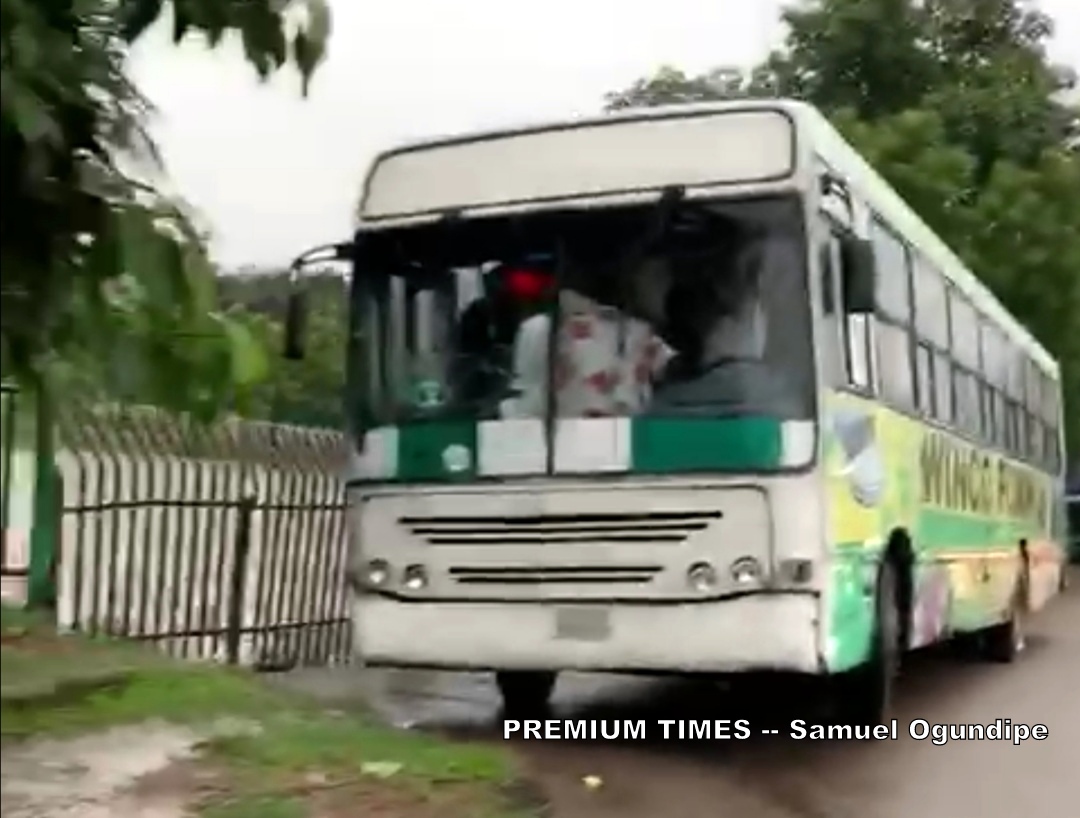 Busloads of pro-government supporters have been sighted at the Unity Fountain in Abuja, ready to counter the protests planned for today by the ‘RevolutionNow’ movement.

The ‘RevolutionNow’ protest had already commenced in Lagos on Monday morning, but the Abuja leg of the widely publicised mass demonstration has been hampered by a heavy rainfall.

Organisers, however, insisted that the protest would still happen in Abuja on Monday.

But as the protesters gradually converge at a location they do not want to disclose until they are ready to move, some persons prepared to counter the protest had already assembled themselves at the city centre.

Around 10:30 a.m., PREMIUM TIMES sighted two busloads filled with apparent supporters of President Muhammadu Buhari parked at the Unity Fountain under the cover of the police.

It was unclear if they remained in the vehicle because of the heavy downpour or they had been instructed to wait until ‘RevolutionNow’ protesters take their procession through the area.

The police have already vowed to treat the ‘RevolutionNow’ protesters as terrorists, even though the group’s demands border largely on the acute security and economic crises afflicting the nation.

On Saturday, a major figure of the ‘RevolutionNow’ movement, Omoyele Sowore, was taken into custody by operatives of the State Security Service.

The Buhari administration argued that Mr Sowore and others were calling for an overthrow of the Constitution to force a regime change, even though no evidence was rendered to support the claim.

Critics, including Wole Soyinka and Atiku Abubakar, have demanded the immediate release of Mr Sowore and a cease in clampdown on citizens’ rights to ventilate, with Mr Soyinka warning that Mr Buhari was becoming increasingly cynical and dreadful like late dictator, Sani Abacha.

On Sunday, the SSS said it had no independent intelligence of its own to confirm whether or not Mr Sowore had the capacity to carry out violence against the state, saying only his threats of a need for a revolution in the face of perpetual hardship and injustice was enough to arrest him.