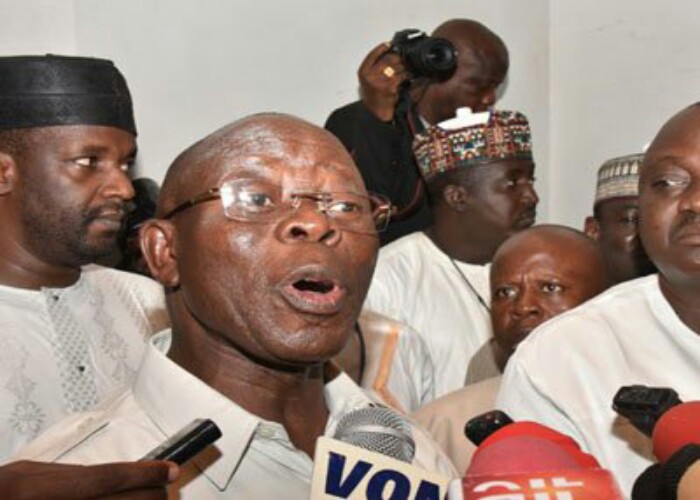 The All Progressives Congress (APC) has criticised former Vice President Atiku Abubakar for making public statements on issues, which constitutionally, it noted, should be reserved for the duly elected head of government or his designees.

Mr Abubakar, who was the presidential candidate of the main opposition PDP in 2019, had earlier congratulated Boris Johnson on his emergence as the new British Prime Minister and also his nomination of a Nigerian as minister.

But an irate APC, on Monday criticised Mr Abubakar for acting as a ‘shadow president’ and issuing statements which were under the purview of President Muhammadu Buhari or his designated appointees.
The ruling APC said Mr Abubakar demonstrated a lack of regard for the sovereignty of the office of the President and Nigerian government through condescending statements.

“He has made several of such statements regarding the activities of the Nigerian military, issues of national security, and international relations,” the party said.

Its full statement is reproduced below:
As a Party, we would have thought that Alh. Atiku who in the past occupied such high office as the country’s vice president would clearly understand the workings of government, particularly as it bothers on national security, foreign policy and our international engagement. We have noted Alh. Atiku’s incessant habits of releasing statements on public issues as if he were an alternative President of this country and with a clear intention to undermine President Muhammadu Buhari and the APC-led government.

In recent times, Alh. Atiku has demonstrated lack of regard for the sovereignty of the office of the President and Nigerian government through condescending statements. He has made several of such statements regarding the activities of the Nigerian military, issues of national security, and international relations.

The latest of such statements is the one he made on the emergence of Mr. Boris Johnson as Prime Minister of Britain even when our duly elected President, who has the responsibility of making an official statement on such matter, has made the position of our country known. We note with serious concern that Alh. Atiku has been throwing himself around as a shadow President of Nigeria. We would like to state clearly that such position could only be found under the parliamentary system; it does not exist under the Presidential system of government that we practice in Nigeria.

Alh. Atiku, like every Nigerian citizen, should understand that being a candidate for an elective office, including that of the President, does not confer on him a sovereign status. Alh. Atiku’s continuous portrayal of himself as a shadow President under our system borders on felony and makes him a patent impostor.

There can only be one democratically elected and legitimate government at a time in this country. That clearly is the administration of President Muhammadu Buhari. It is important to remind Alh. Atiku that issues of national security, foreign policy and international engagements are not matters to be exploited to achieve mischievous political ends.

We reiterate that Alh. Atiku has lost the 2019 presidential election and it would be unhelpful to him to continue to make a mockery of our country. We expect Alh. Atiku to quickly address himself to the stark reality of his loss and move on. Our laws are clear on all acts of criminalities, in this case, a clear case of felony. Nigerians expect that the enforcement of relevant laws should apply to every Nigerian, irrespective of class and status. This government would not be found wanting where it is required to take decisive actions.