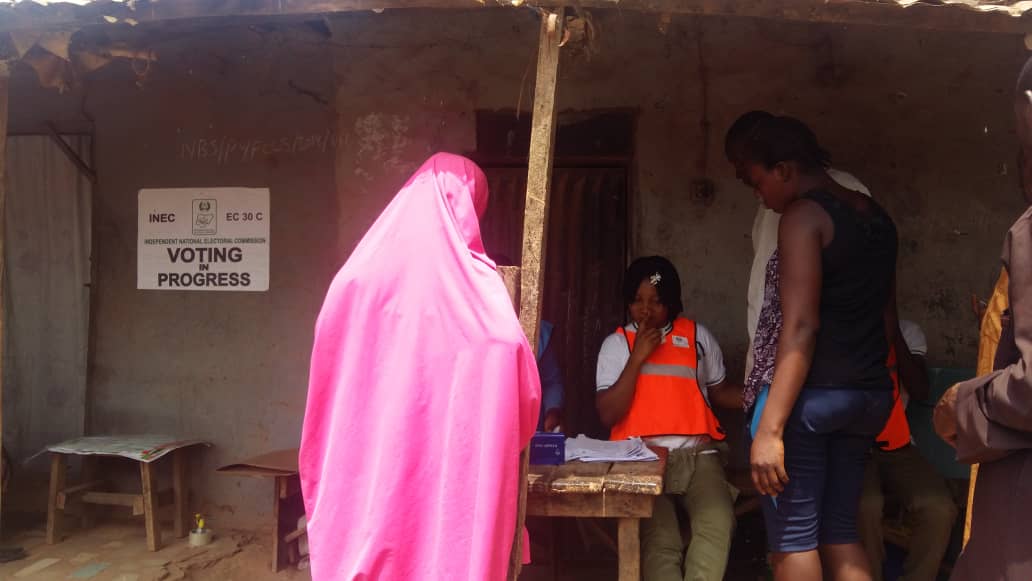 A polling centre during the 2019 general elections

Voter suppression, low voter turnout were some of the challenges that characterised Nigeria’s 2019 general elections, the Nigeria Civil Society Situation Room has said.

According to its report released on Tuesday in Abuja, the group faulted the decision by the Independent National Electoral Commission (INEC) to postpone the election a few hours to the start of the polls.

It said the postponement ”worsened voter apathy” in the country.

The organisation said the delay did not only expose INEC as ill-prepared for the polls but that it also shrunk the ”nationwide enthusiasm that had built up for the elections.

”It made it impossible for many electorate who had travelled earlier to vote in their constituencies to take a second trip, worsening voter apathy.”

According to the election monitoring group, despite the postponement and assurance of improvement by INEC, logistical and operational challenges still undermined the electoral process.

”There were significant delays to the start of voting due to the challenges in deploying INEC officials and materials, and many cases where materials supplied to polling units were incomplete, perceived in some quarters as deliberate acts of voter suppression.”

”INEC materials did not reach a significant number of polling stations across the country until 11 a.m as voting also ended late and marred the conduct of the elections.

”The collation of results, another major weakness of Nigerian elections, remained a concern throughout the elections, with election observes reporting interference with the process, especially by political parties and security agencies oftentimes, with the active participation of INEC officials.”

PREMIUM TIMES had reported in June that the European Union Election Observation Mission (EU EOM), in its released election report, said both the ruling All Progressives Congress (APC) and the main opposition Peoples Democratic Party (PDP) failed to curb electoral violence in the country.

”The leading parties were at fault in not reining in acts of violence and intimidation by supporters, and in abusing incumbency at federal and state levels,” the observers,” the group said.

The APC candidate, President Muhammadu Buhari, won the presidential election with the PDP’s Atiku Abubakar coming second. Mr Abubakar and the PDP are challenging the results of the election in court.

The report by Situation Room also said there were discrepancies in the data in the voters’ register declared by INEC before the election and the total number of registered voters announced by the commission during the collation in 30 of Nigeria’s 36 states.

The organisation, however, acknowledged some general improvements by INEC toward building accurate and inclusive register through its continuous voter registration, the public verification of the register and the issuance of voter cards.

The Situation Room made up of 72 civil society groups across Nigeria, also suggested that many of the irregularities could have been avoided if President Muhammadu Buhari had signed the Electoral amended Act.

Supplementary elections in five states were also held in March.

According to the report, there were instances in the elections where the military acted “outside of the limits allowed by (the electoral) law.”

The group said “Section 29(3) of the Electoral Act specifically states that military involvement in the elections shall only be at the request of INEC and only for the purpose of securing the distribution and delivery of election materials and protection of election officials.

“In places like Rivers State, the military posed significant challenges and obstructions to the performance of election duties by INEC officials. Situation Room received reports of incidents of partisan involvement in the elections by the military, particularly in Rivers State,” the report said.