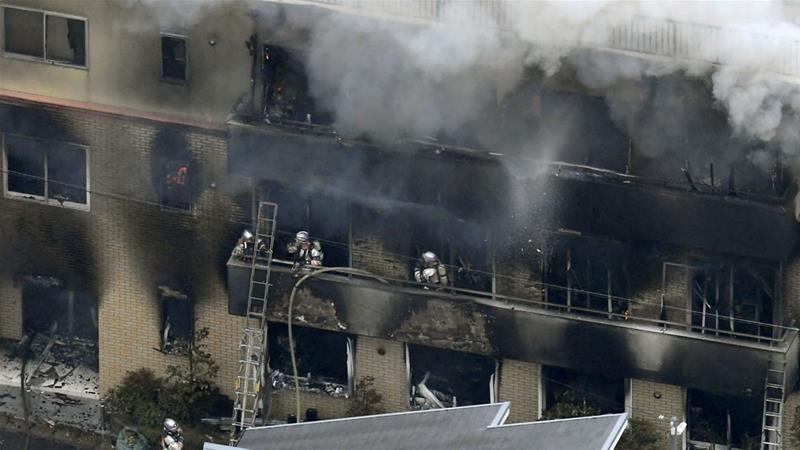 At least 33 people have been reported killed and dozens of others injured after a man set a Japanese animation production company on fire Thursday.

The suspect reportedly shouted “drop dead” after wetting the building with flammable liquid, but a motive for the action remained unclear.

The Kyoto Animation in Kyoto was the scene of the horrific attack at about 10:30 a.m. local time. The attack has been condemned across Japan and elicited an outpouring of support.

Local media reported about 40 people were in critical condition at the hospital.

The horrific fire appeared to have been set in the middle of Thursday morning, with the fire department saying they began receiving emergency calls around 10:30 a.m.

Japanese broadcaster NHK showed how fire gutted the building, sending a thick smoke through the windows. Raging flames also charred the facade, and firefighters battled to contain the inferno.

Japan’s Prime Minister Shinzo described the attack as “so dreadful that I’m lost for words,” in a Twitter update. “I pray for those who passed away.”

The NHK reported that a man had been taken into custody in connection with the blaze, although he was later taken to hospital for treatment as a result of injuries he also suffered from the attack.