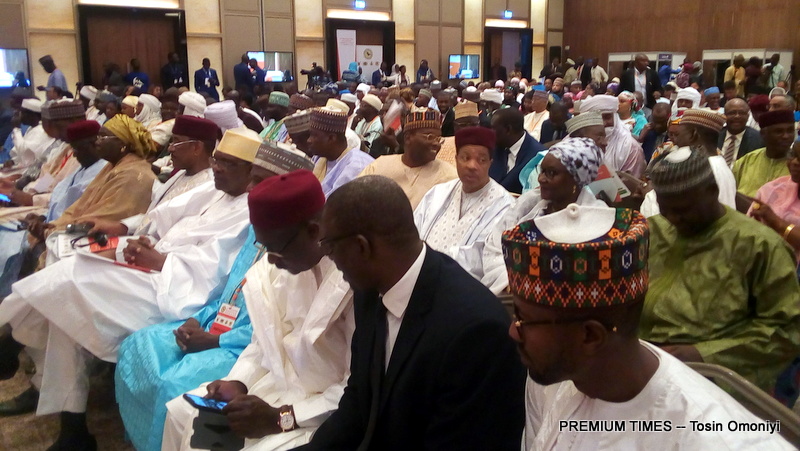 The Lake Chad basin governors including global partners on Wednesday in Niamey signed a $100 million regional stabilisation facility aimed at ending the humanitarian crisis in the Lake Chad.

Governors from Nigeria, Niger, Cameroon, Chad, and regional stakeholders are currently meeting in Niamey under the auspices of the Lake Chad Basin Commission (LCBC). The meeting which started on Tuesday will end on Thursday with the release of a communique outlining decisions reached.

Those who pledged to deploy funds on Tuesday in Niamey to support the project, which will be monitored by the United Nations Development Programme (UNDP) and the African Union (AU), include the governments of Sweden and Germany and the regional governors from Borno, Adamawa, Yobe (Nigeria), Lak, Hajder-Lamis (Chad), Diffa (Niger) and Far North and North regions in Cameroon.

The UNDP is expected to provide seed funds to run the facility yearly.

While Germany pledged 40 million euros for the facility, Sweden said it will offer its ‘strong support’ to the facility.

The UK also said it would provide two million pounds as its initial contribution while the EU said it would inject at least five million euros to support the facility.

The Governor of Diffa, Mohamed Mouddour, who was elected as the new governor of the regional governors’ forum on Tuesday, thanked all the donors for their support. He said the governors were also raising funds for the facility.

Meanwhile, the UNDP regional director, Ahunna Eziakonwa, commended the donors for their pledges.

“The contributions show the confidence reposted in the UNDP to run the project. There is a huge determination on our part to make judicious use of the funds,” she said during the plenary session.

She also said the facility is “about raising the hope of displaced persons in the region. We have people in the region who face on a daily basis the fear that they may not have a future.”

The UNDP said the facility would contribute towards the operationalisation of the Regional Stabilisation Strategy including a rapid response mechanism to support recovery activities in the eight affected regions and states.

It would also support the leadership role of the LCBC with the African Union.

It will run for 24 months with two key objectives. It will act as a rapid response mechanism to allow authorities extend and re-establish legitimate civilian authority in the region, rule of law, security, local services, trust in local institutions, employment generation and livelihood.

Above all, it will support the formulation of the Territorial Action Plan (TAP), expected to be adopted by the governor’s at the end of the conference.

The Forum is expected to build on the inaugural meeting in Maiduguri and the political endorsement of the Lake Chad Basin Regional Stabilisation, Recovery, and Resilience Strategy.

The main objective of the meeting is to further institutionalise the Governors’ Forum as a formidable platform to tackle the challenges in the region.

The three-day event has 300 participants, and delegates from national institutions and governments, UN agencies, continental and sub-regional bodies such as the African Union, armed forces, MNJTF, ECOWAS, ECCAS, civil society groups, think tanks, academia, and private sector from the region.