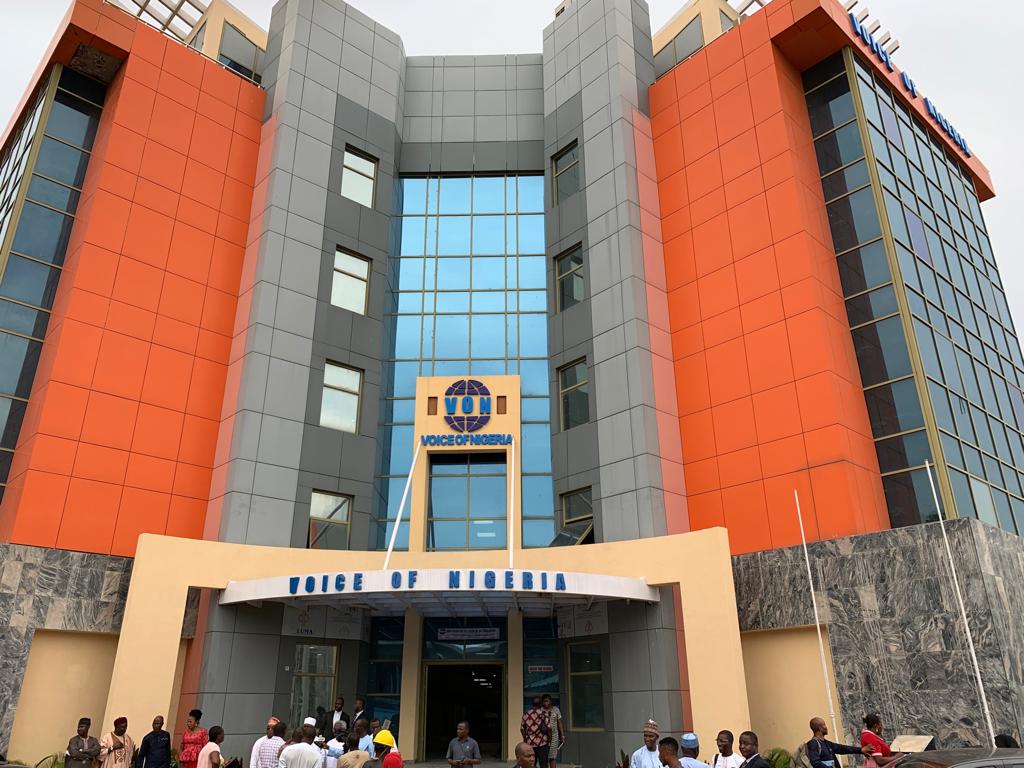 The Nigerian government has handed a building in Abuja it seized from a former Chief of Defence Staff, Alex Badeh, over to the Voice of Nigeria (VON) as its new headquarters.

The Economic and Financial Crimes Commission (EFCC), on Wednesday, handed over the property to the Director-General of VON, Osita Okechukwu.

The building is located at UDA Crescent, off Aminu Kano Cresent, near Globacom Communications office in Wuse 2, Abuja.

The event had in attendance the spokesperson of the anti-graft agency, Tony Orilade, and Mr Okechukwu among others.

Mr Badeh served as the 18th Chief of Air Staff and the 15th Chief of Defence Staff of Nigeria.
He died from gunshot injuries he sustained after his vehicle was attacked by unknown gunmen along Abuja-Keffi road on December 18, 2018.

At the time of his death, he was being prosecuted for an alleged N3.9 billion fraud he committed as the defence chief under former President Goodluck Jonathan.

An Abuja Division of the Federal High Court in March presided over by Okon Abang ordered the forfeiture of all properties belonging to the late Air Marshal to the federal government through the EFCC.

The judge also ordered that the Corporate Affairs Commission should be notified of the ruling.

Insecurity: What we discussed with Buhari – Lawan