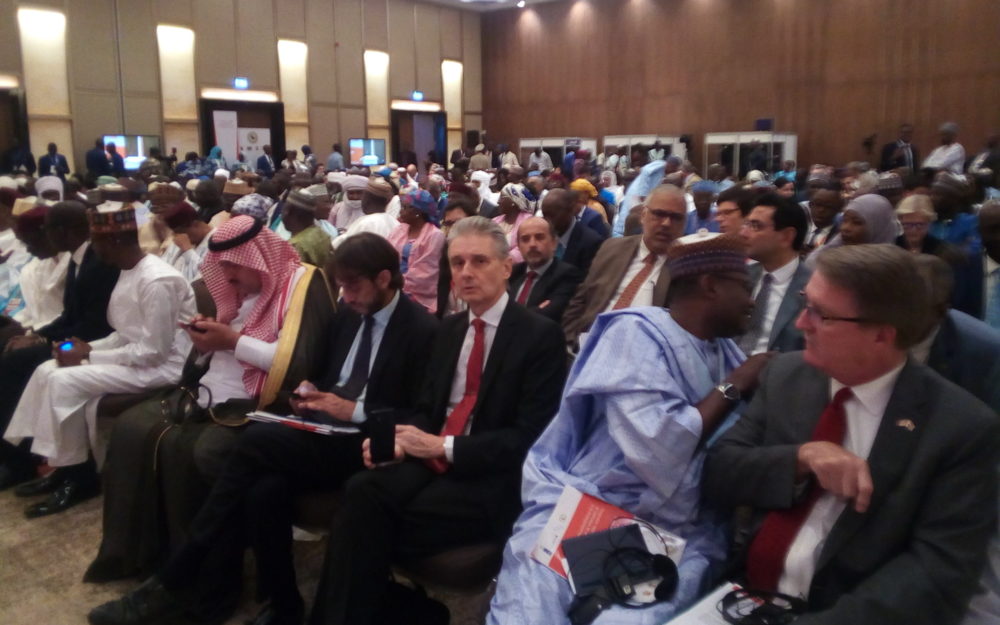 Eight governors from Nigeria, Niger, Cameroon and Chad will be meeting in Niamey, Niger, today alongside several CSOs and stakeholders to deliberate on the crisis rocking the Lake Chad region.

The organisers say the aim of the event is “to enhance joint efforts, coordination and. regional ownership to resolve the crisis by promoting cross-border dialogue, cooperation and exchange, and to support ongoing national, regional and multilateral efforts towards stabilisation in the Lake Chad Basin (LCB).”

The meeting is expected to offer solutions to the insecurity pervading the region.

Already participants have started converging at the Radisson Blu Hotel, venue of the conference.

The two-day event will witness engagements from national, regional and international high-level participants.

Also, delegates from various institutions and government, UN agencies, continental and sub-regional bodies such as the African Union, ECOWAS, ECCAS, civil society groups, think tanks, academia, private sector from the Lake Chad Basin region will add their input on how to resolve the challenges confronting the region.

The event will include plenary sessions and thematic panel discussions, the organisers added.

The Forum is expected to build on the inaugural meeting in Maiduguri and the endorsement of the Lake Chad Basin Regional Stabilisation, Recovery and Resilience Strategy.

Another objective of the meeting is to further institutionalise the Governors’ Forum as a formidable platform to tackle the challenges in the region.The forum is also expected to close with the presentation and adoption of a communiqué, which will contain key conclusions and decisions jointly agreed on by key participants.

Since 2009, the Lake Chad Region has been severely impacted by the crisis triggered by the Boko Haram insurgency and the interplay of other causes, causing massive internal and cross border displacement, destruction and human rights abuses.

In light of these challenges and recognising the need for enhanced cooperation and harmonisation of measures to respond to its impact and to effectively address its root causes, the governors of the eight worst-affected areas in Cameroon, Chad, Niger and Nigeria met in May 2018 in Maiduguri, Nigeria, to establish the Governors’ Forum for Regional Cooperation on Stabilisation, (“the Governors’ Forum”).

For the first time, governors from the LCB region jointly discussed common challenges and crafted policies to resolve them.

It was also attended by civil society representatives from the four LCB countries, donor countries of the Forum and other supporting countries, international and regional organisations, the Nigerian military and the MNTJF.

The inaugural meeting concluded with a stated commitment, in the form of a joint communiqué by which the governors expressed their wish to play a central role in regional stabilisation.

They equally recognised their unique leadership position to advance regional stabilisation, recovery and resilience in the LCB region.