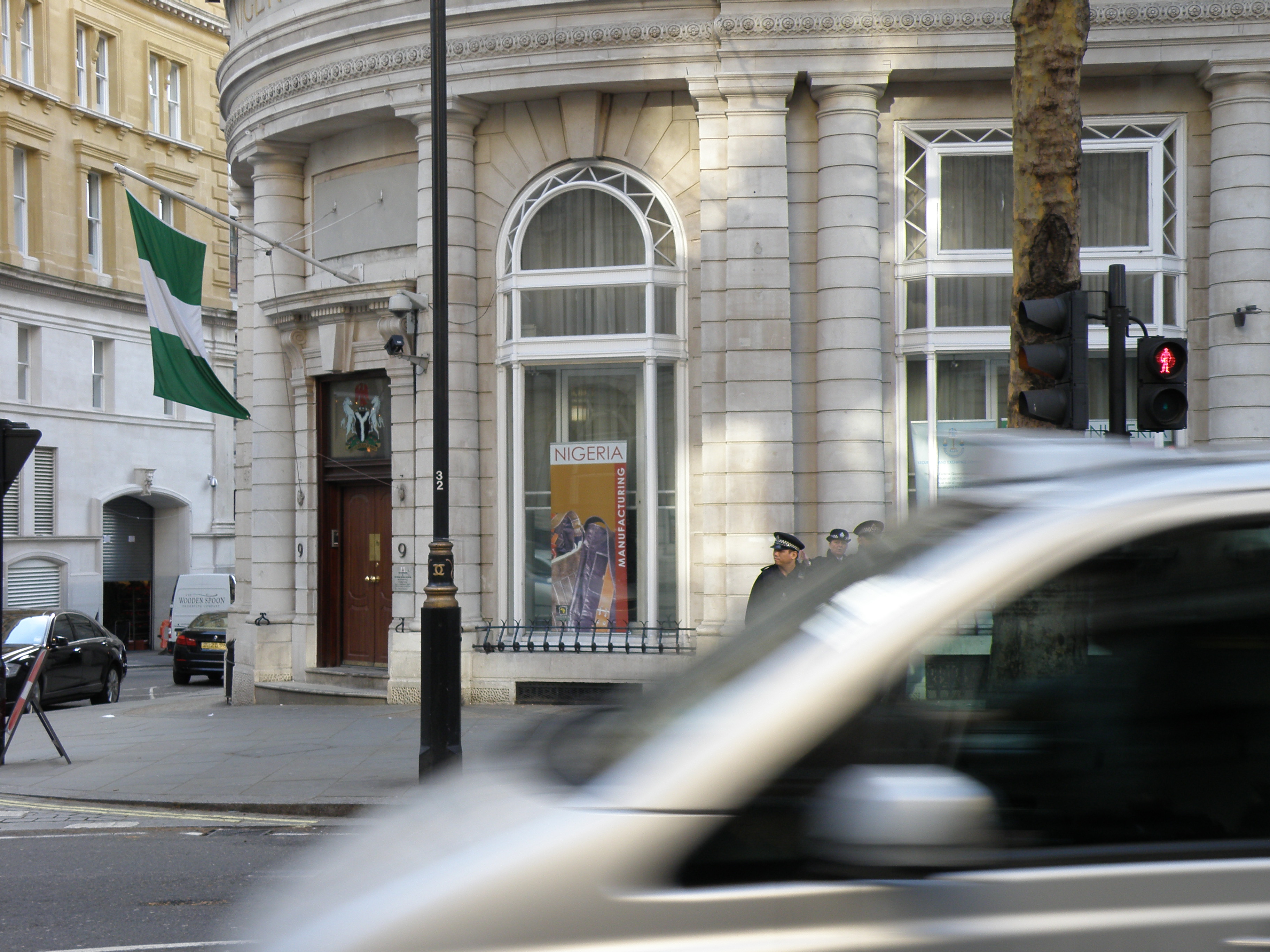 A Nigerian, identified as Jeffery Ewohime, destroyed properties, mainly cars, at the Nigerian Embassy in London.

PREMIUM TIMES has obtained amateur footage of the incident shared on social media.

Full details of what led to the incident are still sketchy but an official narrated what she heard about it.

Abike Dabiri-Erewa, the Chairman, Nigerians In the Diaspora Commission (NIDCOM), condemned the attitude of the 32-year old Nigerian.

Mrs Dabiri-Erewa, in a statement by her media aide, Abdur-Rahman Balogun, said such an attitude was unpatriotic and an act of indiscipline.

”He had approached the embassy to collect his passport which expired since November 2017 at about 2 p.m. and was told collection of passports would close at 1 p.m.

”He then insisted on collecting his passport, and was told to bring his collection slip which he could not produce,” she said.

According to reports from the Embassy, it would, of course, be wrong to hand over his passport to him without his collection slip.

She said that Emohime thereafter left, agitated and returned from a nearby hotel to destroy about seven cars, five belonging to the mission, and two to visitors who parked nearby.

”His attempt to destroy the High Commissioner’s car failed as it is bulletproof.

“I am told that he had been arrested by the police.

”He destroyed seven brand new cars, except the Ambassador’s car which is bulletproof. “

“This is a despicable act, which must be condemned by all. Of course, the law must take its course,” she said.

Mrs Dabiri-Erewa implored Nigerians abroad to exercise restraint and be good ambassadors of Nigeria at all times in all circumstances.