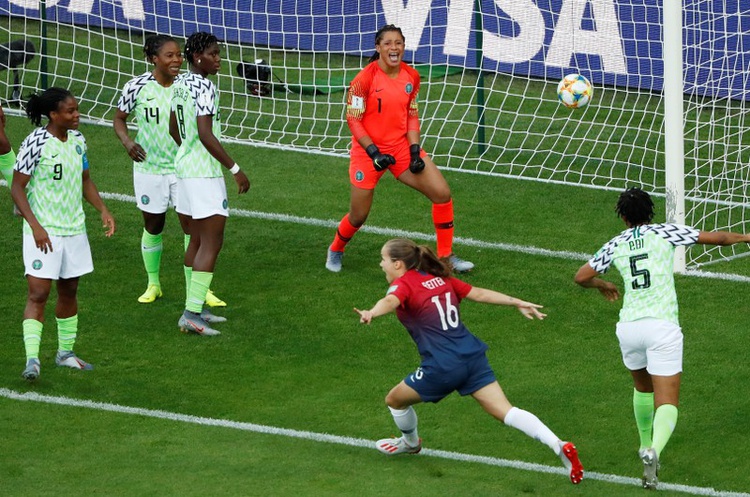 The Nigeria national women’s team started their campaign at the 2019 FIFA Women’s World Cup on a disappointing note as they were beaten 3-0 by Norway on Saturday night.

All three goals by the former world champions were scored in the first half as the Super Falcons failed to get their acts right in the first 45 minutes.

Guro Ruiten was credited with Norway’s first goal though her shot in the 17th minute was deflected into the net by Onome Ebi and then Lisa-Marie Utland doubled the lead for the Europeans, firing in a shot in the 37th minute.

The bad day turned worse for the Nigerian Ladies as Ohale Osinachi turned Herlovsen cross into her own net for Norway’s third.

Speaking shortly after the game, Onome Ebi promised that she and her teammates will work on their mistakes before the second game against the Korea Republic.

She said: “We’re going to go back and look at our mistakes and maybe work on them. The second game will be better than the first, we’ve learned so much from this first game and we’ll come back.

“We have to win the second game [against the Korea Republic], we’ll do all we can to win.”

11 days after inauguration, Buhari yet to announce any appointment