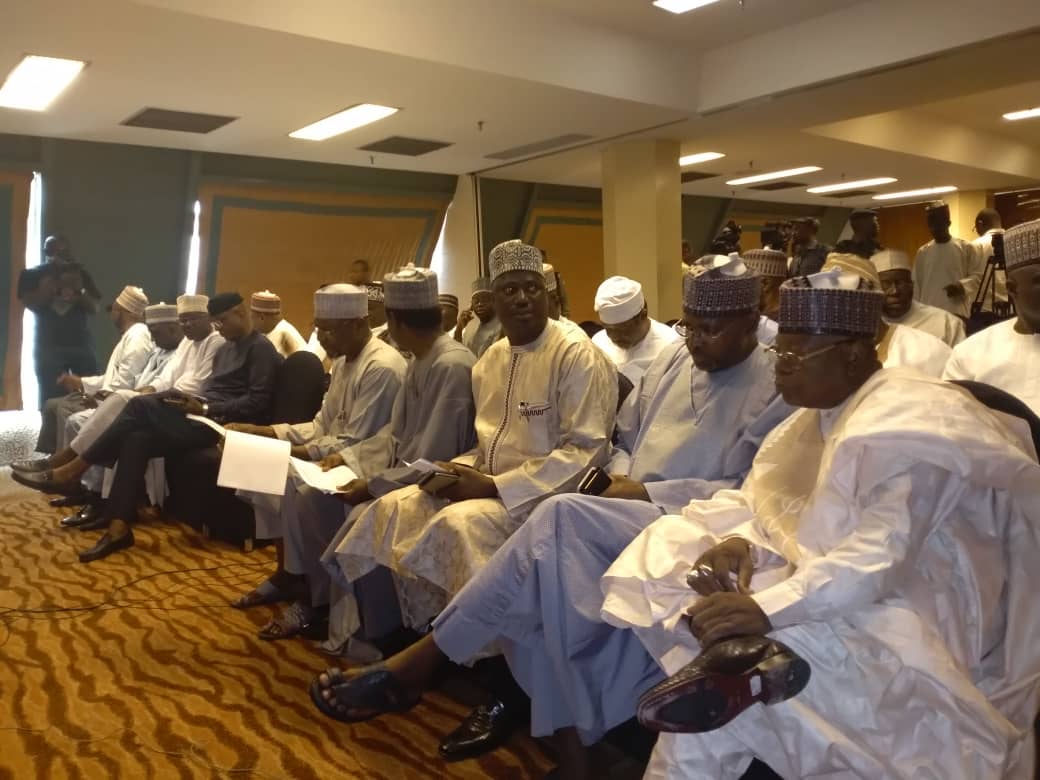 Some Senators at the briefing

At least 61 senators-elect have signed up to vote Ahmed Lawan as Nigeria’s next Senate president, his campaign organisation said on Saturday.

The secretary of the organisation, Barau Jibrin, read the names on the list to journalists at a news conference at the Transcorp Hilton, Abuja.

Mr Jibrin said the list comprised 60 out of 62 elected APC senators and one senator from the Young Peoples Party (YPP).

He said the list was initially 64 but was trimmed to 62 after a court nullified APC elections in Zamfara State.

He expressed confidence that the 61 senators would vote for Mr Lawan.

PREMIUM TIMES counted only 32 senators at the briefing.

Earlier, the chairman of the campaign committee, Yahaya Abdullahi, dispelled the notion that Mr Lawan was arrogant.

“Some people will come to me and say Lawan is arrogant. He is not arrogant, he’s a laid down person,” he said. “He’s not an extrovert and this is the man we are now supporting.”

He also reacted to criticisms that Mr Lawan’s candidacy is an imposition by the party and the Presidency.

He said that meetings and campaigns had already started well before the party and the Presidency’s endorsement.

Mr Lawan, who was at the briefing, said the campaign organisation decided not to add the names of PDP lawmakers to the endorsement list.

He said he was confident of at least 35 votes from the opposition party.

Below is the list of names as announced by Mr Jibrin: