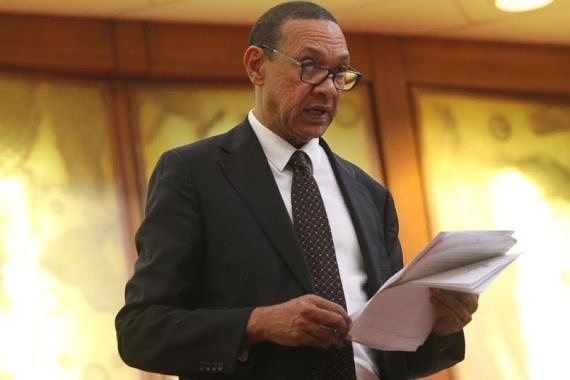 Some of my colleagues don’t read – Nigerian Senator

A Nigerian senator, Ben Murray-Bruce, is angry at the level of knowledge displayed by his colleagues in the 8th Senate.

Mr Murray-Bruce said the conduct of some of them (senators) made him think “they don’t make attempts to refresh their knowledge.”

At different times, Mr Murray-Bruce’ bills on phasing out petrol cars and granting entry without a visa to foreigners of Nigerian descent were rejected by the Senate.

The lawmaker, in his valedictory speech on Thursday, had a chance to hit back at some of the legislators whom he suggested: “were making laws for the past.”

“Lawmakers make laws about the future and not the past. This is important for the Ninth Senate (to learn from). When you are a senator, you have to read and understand what happens in the world. Knowledge changes every six months. Whatever knowledge you have today, in six months’ time it becomes irrelevant.

“Some of the Bills I presented and were rejected made me think that some of us do not read. In the Ninth Senate it is important that you are up to date (with) modern technology and the realities of the world, because if you are not, you do not make laws about yesterday but the future.

“I hope the next Senate will talk about (debate) green energy, electric cars, diaspora voting, laws that will help the economy, help the Executive.

“I want the Executive to know that the leadership of the Ninth Senate should be chosen by 109 members of the Senate and not the Executive,” he said.

By a proclamation issued by President Muhammadu Buhari on Thursday, the life span of the Eighth Senate terminates on Saturday, June 8.

A new set of lawmakers will take charge from Tuesday, June 11.

Mr Murray-Bruce will not be returning to the Senate.