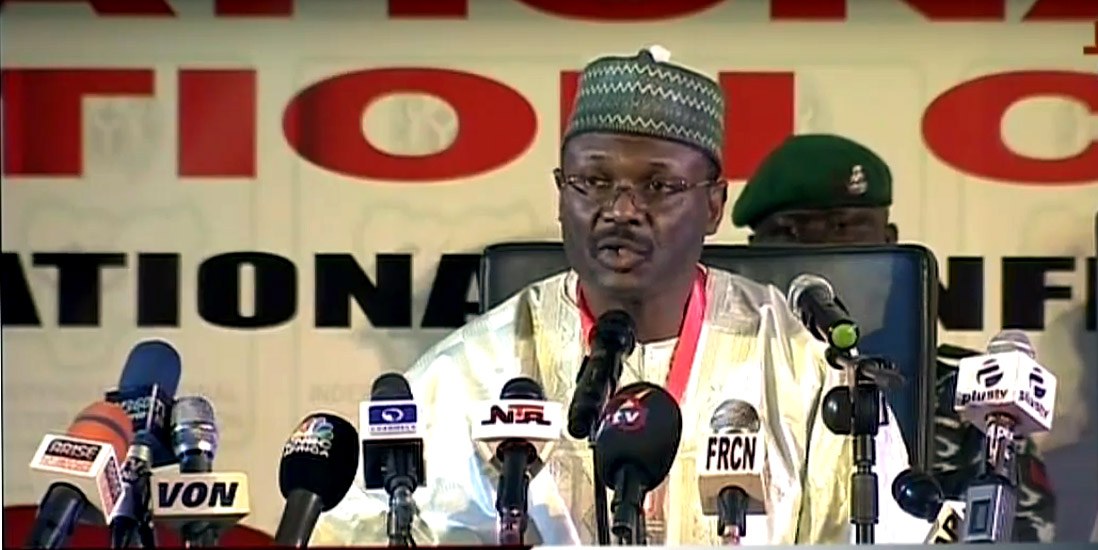 The Independent National Electoral Commission (INEC) says it has so far withdrawn 64 Certificates of Return and re-issued them to persons declared winners by courts of law, following the 2019 general elections.

INEC Chairman, Mahmood Yakubu, disclosed this at the presentation of Certificates of Return to Zamfara State Governor-elect and members of the National and State House of Assembly elect from the state.

Mr Yakubu reiterate the importance of conducting proper primaries by political parties before elections in order to reduce the spate of litigation associated with them.

“At the moment, there are 809 pre-election cases pending in various courts across the country challenging the conduct of primaries by political parties for the 2019 general elections.

“This is clearly more than the total number of petitions currently before the various election petition tribunals nationwide challenging the outcome of the main election.

“With the Zamfara case, the figure has now risen to 64. In addition, the Commission is studying nine more judgments we were served in the last one week in which primary elections conducted by different political parties were upturned by the courts,’’ he said.

Mr Yakubu said that the Zamfara example is not the first pre-election case determined by the Supreme Court arising from the recent party primaries.

He recalled that earlier, the apex court had determined the case of Lere Federal Constituency in Kaduna State which the Commission had already complied with and issued the certificate of return to the winner.

Mr Yakubu said Nigeria’s democracy in particular and electoral process in general could never be virile unless political parties rise to the challenge of internal party democracy.

“It is in this context that the latest judgments of the Supreme Court are crucial steps in strengthening our electoral jurisprudence,” he said.

Mr Yakubu said going forward, INEC would not accept the submission of names of candidates by political parties under Sec. 31of the Electoral Act 2010 (as amended) unless there is evidence, monitored by the Commission, of compliance with the provision of Sec. 87 of the Act.

“Party members interested in contesting elections start as aspirants before they emerge as candidates through the democratic process of direct or indirect primaries enshrined in Sec. 87 of the Electoral Act.

“It is only after they comply with the requirement that their names can be submitted to INEC under Sec. 31. We shall continue to work with the political parties to ensure strict compliance,’’ he said.

The INEC Chairman reminded political parties that party primaries for Kogi and Bayelsa election are scheduled for between August 2 and 29.

He urged them to make the two elections shining examples of internal democracy by the way they conduct their primary elections.

“This will no doubt have a positive impact on the conduct of the proper elections,’’ he said.

INEC, at the occasion presented Certificate of Return to the Zamfara State governor elect, Bello Matawalle of the Peoples Democratic Party (PDP) and his Deputy, Mahdi Gusau.

Others issued certificate of return are three senators-elect and seven members of the House of Representatives-elect under the platform of PDP, while 24 certificates would be presented in Gusau, the state capital to winners of the State Assembly elections, on Friday.