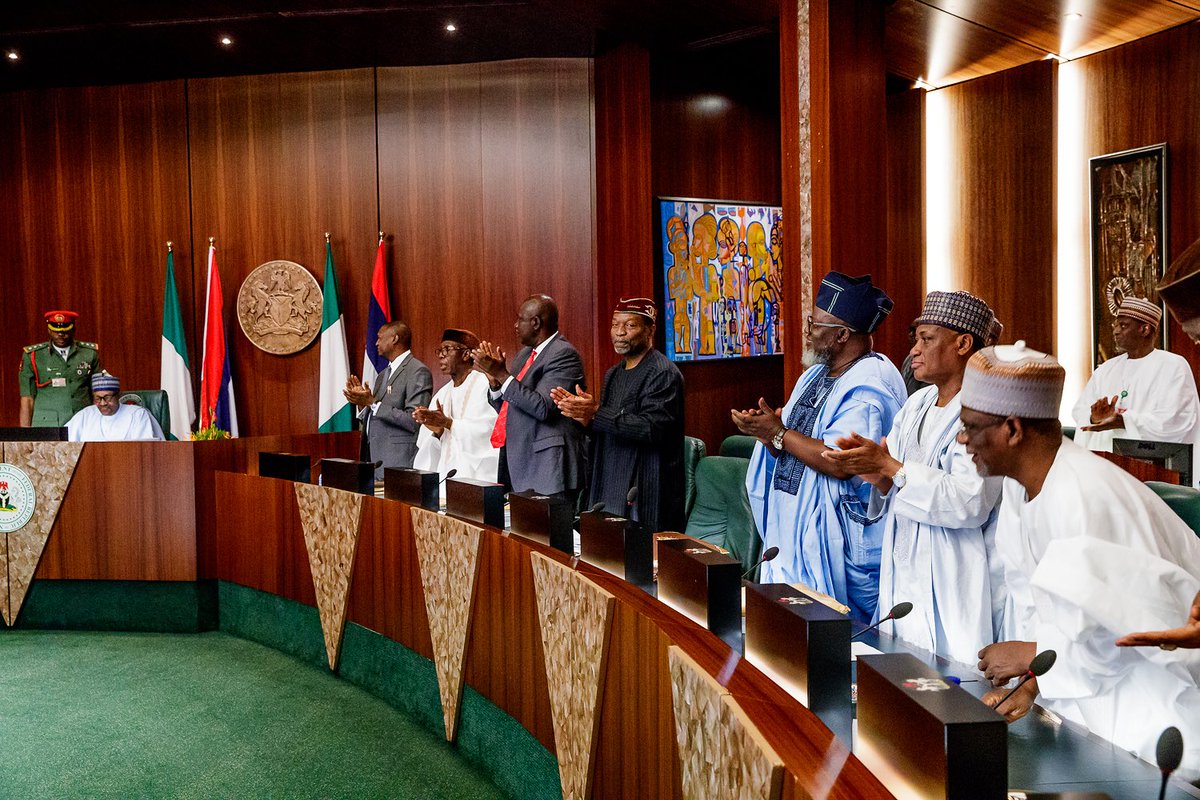 Buhari orders ministers to work till May 28

President Muhammadu Buhari has asked ministers to continue in office until Tuesday next week, a day to his inauguration for a second term as Nigeria’s president.

He also ordered the ministers to submit their handover letters to the Secretary to the Government of the Federation (SGF).

Speaking during a valedictory Federal Executive Council (FEC) meeting at the State House, Abuja, Wednesday, Mr Buhari said: “Although today is our last council meeting, continue to work until Tuesday. Your handover letters should be submitted to the office of the SGF.”

The presidency in a tweet also said the ministers would be handing over to permanent secretaries in their ministries.

The president commended the ministers for contributing to the development of the country.

Mr Buhari is expected to name a new cabinet after his May 29 inauguration. Some of the outgoing ministers may still be named in the new cabinet.

FG allots N532.65 million to 515 subscribers in May savings bond