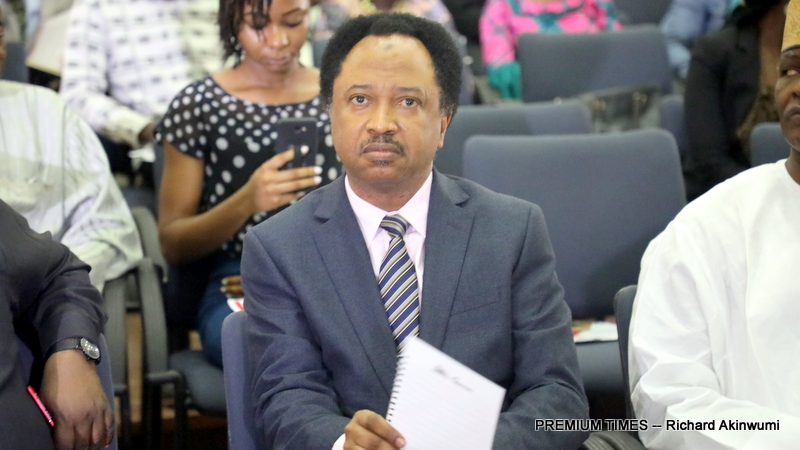 The Independent National Electoral Commission (INEC) has said it will not be in any “illicit” liaison with any individual or group.

The commission said this in reaction to an allegation by the senatorial candidate of the Peoples Redemption Party (PRP), Shehu Sani.

Mr Sani had accused INEC of hiring a personal lawyer of Governor Nasir El-Rufai of Kaduna State to represent it at the National and State Assembly Election Petition Tribunal in Kaduna.

The senator and the governor are political rivals.

INEC in a statement on Monday by its national commissioner, Festus Okoye, explained it has a list of external solicitors engaged for the prosecution of pre and post-election matters.

These solicitors, INEC said, are based in different parts of the country and must have represented a variety of clients and interests in the past.

However, they are guided by the commission’s Code of Conduct for External Solicitors.

The commission further explained that in selecting external solicitors, it is guided by the highest standard of ethics in recommending solicitors to represent it.

Mr Sani is currently challenging INEC at the state election tribunal for declaring Uba Sani of the All Progressives Congress (APC) winner of the Kaduna Central Senatorial District.

Uba Sani is an ally of Mr El-Rufai.

The petitioner alleged that the election was characterised by massive rigging and other irregularities placing him third after Lawal Adamu of the Peoples Democratic Party (PDP).

He also asked that INEC substitutes A. U. Mustapha, its defence counsel, at the tribunal, alleging conflict of interest.

“We have enough evidence that A.U Mustapha is a personal lawyer to Nasiru El-Rufa’i, governor of Kaduna State” Mr Sani said.

“He is the one representing Governor El-Rufa’i in a case of defamation which he filed against me in four courts in Kaduna State.

“As a personal lawyer to El-Rufa’I, now hired by INEC in a case where El-Rufai is a party – is not acceptable.”

INEC noted that the governor of the state did not contest the senatorial election in Kaduna State.

The commission expressed its confidence in the solicitor not to subvert the cause of justice.

“The Governor of Kaduna State is not a respondent or party in the petition and the commission has no reason to believe that the solicitor appointed by the commission will subvert the cause of justice.

“The Governor of Kaduna State did not contest the senatorial election in Kaduna State and could not have been the major consideration and issue in the assignment of case to external solicitors.”

INEC said its solicitor is obligated to defend the election conducted by the commission and the declaration and return made thereafter.

The commission also said it will put forward the facts at its disposal and allow the tribunal to adjudicate on the issues.

“The present commission has been upfront in the provision of documents to all the political parties engaged in election petitions and will continue to do so.”

INEC therefore urged all persons and individuals to have faith in the commission and accord the commission the necessary cooperation to deliver on its mandate.

Why we’re not speaking on Atiku’s petition, APC’s response – INEC