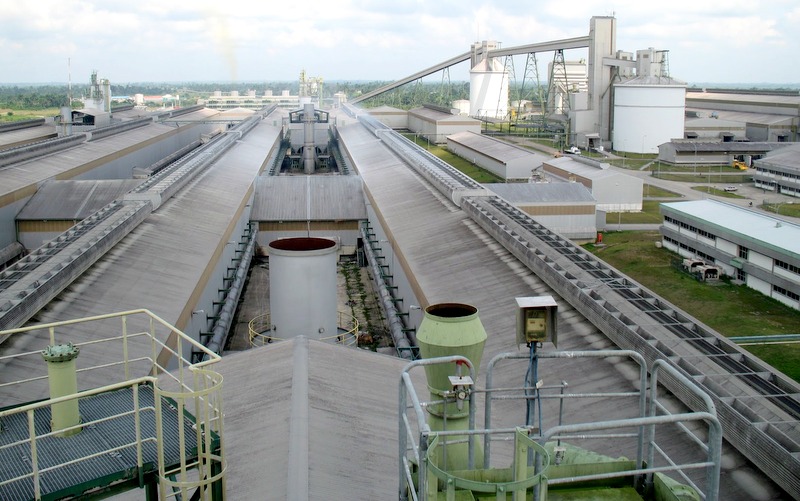 Despite the claim by the Bureau of Public Enterprises (BPE) about its plans to reopen the Aluminium Smelter Company of Nigeria (ALSCON), Ikot Abasi, for normal operations; a PREMIUM TIMES investigation has shown that the move may not materialise soon.

On February 2, the Director-General of BPE, Alex Okoh, said in a statement that consultations were ongoing to resolve critical issues (including gas supply and price) for the reopening of the plant soon.

But, PREMIUM TIMES investigations reveal that BPE may not have factored the implications of the January 11 ruling of the Appeal Court into its plans.

Lagos lawyer and senior advocate of Nigeria (SAN), Femi Falana, told PREMIUM TIMES on Tuesday that all actions by the BPE on ALSCON are illegal because they are in disobedience of the Supreme Court judgment of July 6, 2012.

“What the Supreme Court did was to set aside the illegal sale of ALSCON by the Obasanjo/Atiku administration,” Mr Falana said.

Also, the Executive Vice President/General Counsel of BFIG, Jimmie Williams, said the latest Appeal Court ruling re-establishes the said Supreme Court judgment, as a basis for the resolution of the ALSCON crisis.

BFIG is the Nigerian-American consortium that emerged the preferred bidder for ALSCON in 2004, whose bid was cancelled by BPE in controversial circumstances resulting in the current ownership crisis.

In the January 11 judgment, Justice Abdu Aboki of the Appeal Court reaffirmed previous rulings that ordered BPE to enforce the 2012 Supreme Court ruling on the ALSCON crisis.

The SPA, the judge said, will “enable BFIG to pay the agreed 10 per cent of $410million (about $41million) within 15 working days from the date of the execution of the Share Purchase Agreement in accordance with the agreement dated May 20, 2004.

“The balance of 90 per cent of the bid price shall be paid within 90 calendar days as ordered by the Supreme Court,” he said in his judgment.

For the reopening of operations at ALSCON to happen, those familiar with the crisis said BPE must obey the order of the Supreme Court.

DETAILS OF THE SPA

On Thursday last week, PREMIUM TIMES obtained a copy of the 15-page SPA (Exhibit BPE1) approved by the Supreme Court.

Section 19.1 of the SPA says “all the annexures that form part of this agreement shall be construed in accordance with the provisions of the Agreement.”

The annexures to the SPA includes about 17 foundation documents covering various aspects of ALSCON.

WHY Chances of REOPENING MAY BE REMOTE

The Supreme Court had ordered BPE to present the mutually agreed SPA of 2004 to BFIG for execution.

But, analysts said to execute the SPA, the annexures would require a comprehensive review and update, including, perhaps, a visit to the plant to conduct a technical audit on its current state.

In 2006, BPE handed over ALSCON to UC RUSAL on a “willing seller, willing buyer” arrangement directed by then President Olusegun Obasanjo.

However, BPE ignored the Supreme Court order that the plant be retrieved from the Russians and handed over to the preferred bidder and winner of the bid.

Since 2006, BFIG alleged massive asset stripping by UC RUSAL. From about $1.1billion in 2004, BFIG said ALSCON’s assets valuation dropped to about $0.94 million (about N14.57 billion), citing figures in the KPMG’s audited financial accounts for December 31, 2011.

BFIG legal counsel said determining the current state of ALSCON after its management was left with UC RUSAL since 2006 was fundamental to drafting a ‘mutually agreed SPA’ as directed by the Supreme Court.

Following the Supreme Court ruling, a visit by a joint BPE-BFIG inspection team arranged in November 2012 to enable a comprehensive technical audit on the plant, was called off at the last minute after UC RUSAL rejected the arrangement.

Also, determining the company’s liabilities and financial position will require another financial audit.

When ALSCON was put up for sale in 2004, its asset base had depreciated by more than a third of $3.2billion to $1.03 billion, an audit report by PricewaterhouseCoopers at Nigeria’s Corporate Affairs Commission showed.

Regardless, BPE DG said the privatisation agency has fully complied with the Supreme Court ruling.

He said the SPA ordered by the Supreme Court was sent to BFIG on February 4 to sign and execute.

“If the Bureau does not receive an executed copy of the mutual agreed Share Purchase Agreement, and payment of the agreed sum of $41million, representing 10 per cent of the bid price within 15 working days, the Bureau will consider itself as being no longer bound by the agreement,” he said in a covering note to BFIG.

BFIG’s Chairman, Rueben Jaja, told PREMIUM TIMES resolving the ALSCON crisis was made simple by the Supreme Court, which asked BPE to provide the mutual agreed Share Purchase Agreement (Exhibit BPE1) for execution by the parties.”

Mr Jaja said the apex court was clear in its order for the payment of 10 per cent of the agreed bid price within 15 working days from the date of the execution of the SPA, and the 90 per cent balance within 90 calendar days.

He said the reproduced 16-page SPA sent by BPE to BFIG on February 4, without any definite dates and any of the 17 annexures acknowledged as a key part of the SPA, were violations of the Supreme Court order.

“The SPA forwarded to BFIG by BPE is grossly incomplete, with no annexures, conflicting payment dates and demand for payments even before the execution of the SPA by the parties. BPE is working deliberately to create exactly the same circumstances that took BFIG to the Supreme Court in 2004,” Mr Jaja said.

We are committed to 2019 Memorandum of Action with FG – ASUU