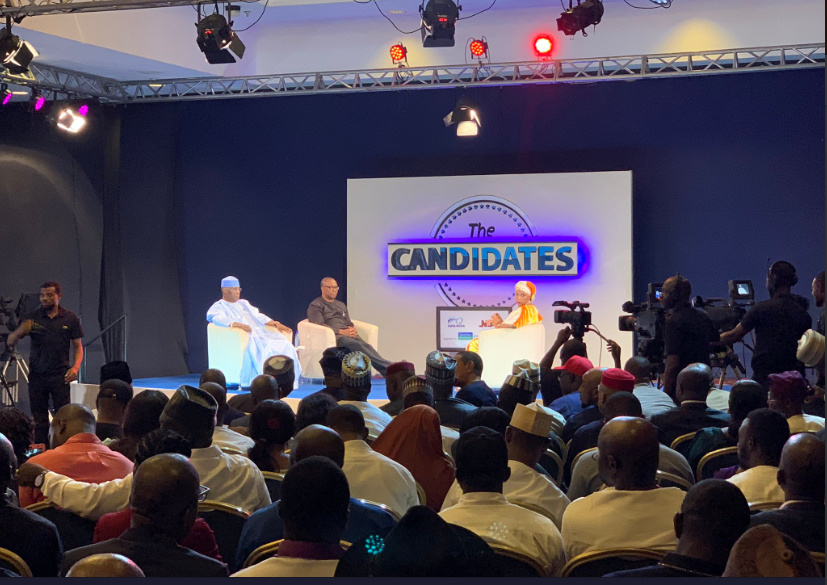 I’m a bridge between Nigeria’s young and old — Atiku

Atiku Abubakar, the presidential candidate of the Peoples Democratic Party, has described himself as the bridge between Nigeria’s young and old generations.

Mr Abubakar, 72, was challenged about his age during a town hall between him and his running mate, Peter Obi, on Wednesday night.

Host Kadaria Ahmed suggested that Mr Abubakar’s age could constitute a hindrance to his performance. He rejected this notion, saying his performance as a public official in the past had given him enough experience to be able to relate with Nigerians of all age groups.

He also knocked President Muhammadu Buhari for not delivering on his promises. He said the APC administration came in on a promise to address three serious issues: improve the economy, fight corruption and contain the Boko Haram insurgency.

He said the administration failed on all the three. Before the APC “came in our GDP was six per cent,” he said. “Immediately they came in, our country was plunged into recession.”

Mr Abubakar said Nigeria’s corruption perception had not changed since Mr Buhari came into office, showing that his administration’s anti-corruption posturing was a ruse.

He also said security crisis had worsened from only the Boko Haram insurgency in the North-East to other violent crisis in the North-West and central Nigeria.