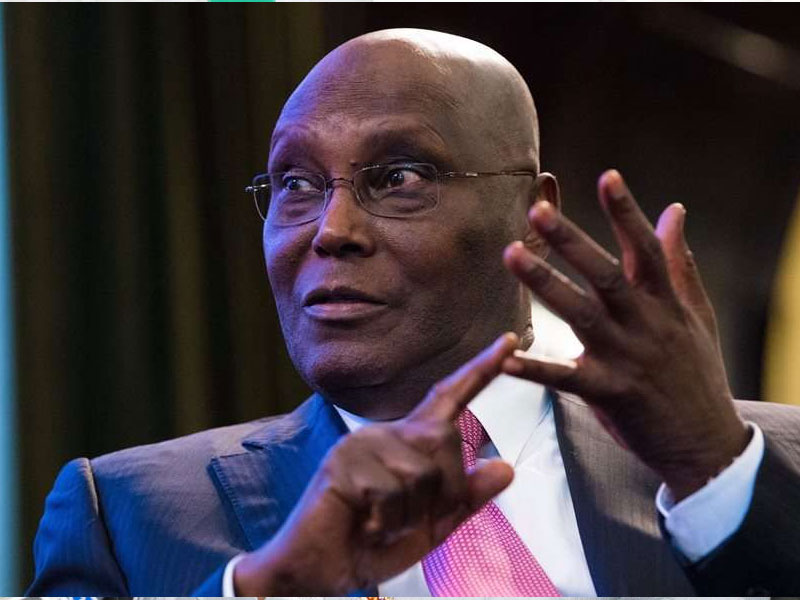 The presidential candidate of the People’s Democratic Party, PDP, Atiku Abubakar, will only participate in the presidential debate slated for today if President Muhammadu Buhari attends, a campaign spokesperson has said.

Mr Abubakar, who travelled to the United States on Thursday, is expected back in Nigeria today– Saturday.

However, a spokesperson of the Atiku Campaign Organisation, Kassim Afegbua, told PREMIUM TIMES by phone Saturday, “If Buhari is not attending, he (Atiku) is not going to attend because that is the real debate”.

Other sources in his campaign team said he might still participate if he returns to the country before the time for the debate.

Mr Abubakar, a former vice president, is seen as the main challenger of the ruling All Progressives’ President Buhari in next month’s presidential polls.

Mr Buhari and Mr Abubakar are among five presidential candidates expected to sell themselves to Nigerians during the presidential debate organised by the Nigerian Election Debate Group and the Broadcasting Organisation of Nigeria ahead of the general elections.

The debate will start at 7pm at the Congress Hall of the Transcorp Hilton Hotel, Abuja.

Apart from the duo, other candidates shortlisted for the debate are those of the Allied Congress Party of Nigeria, Oby Ezekwesili; Alliance for New Nigeria, Fela Durotoye; and the Young Progressives Party, Kingsley Moghalu.

The running mates of the candidates all participated in their own debate held last month.

The Presidency did not confirm if Mr Buhari will attend the debate.

Calls and text massages sent to the president’s Senior Special Assistant on Media and Publicity, Shehu Garba, were not responded to.

However, there are indications Mr Buhari may not attend the debate. His party, APC, hinted this week that there was nothing special about the debate.

Lanre Issa-Onilu, the party’s national publicity secretary said the president may choose not to attend if he feels there are other viable options through which he can engage Nigerians.

On Wednesday Mr Buhari, and his deputy, Yemi Osinbajo, appeared at a town hall discussion forum organised by Daria media, in partnership with the Nigerian Television Authority. They took questions from Kadaria Ahmed – the anchor of the event.

Ahead of the presidential elections in 2015 when Mr Buhari was the main challenger to the then President Goodluck Jonathan, a similar debate was organised.

Mr Buhari boycotted the event. His argument then was that there was no basis for debate since the record of the PDP and Mr. Jonathan in government was public knowledge.