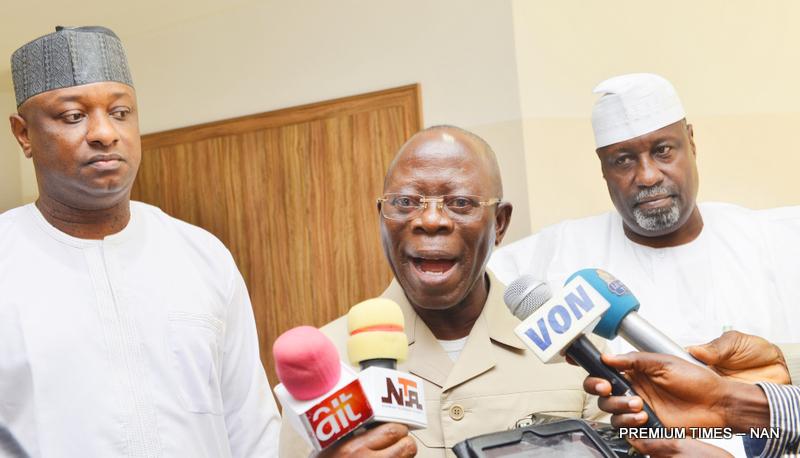 The All Progressives Congress (APC) has endorsed the planned arraignment on Monday of the Chief Justice of Nigeria, Walter Onnoghen and accused the Peoples Democratic Party (PDP) of being sympathetic to corruption for calling against the plan.

Mr Onnoghen is scheduled to be arraigned by the Code of Conduct Bureau at the Code of Conduct Tribunal on a six-count charge of alleged false asset declaration. The development followed a petition to the CCB by a group, the Anti-corruption and Research-based Data Initiative (ARDI).

Speaking on the development in a statement by its spokesperson, Kola Ologbondiyan, on Saturday, the PDP said it is part of a plot by the APC-led federal government to destabilise the Judiciary so as to rig the 2019 general elections.

“This is particularly following allegations that the APC seeks a new CJN that will aid its rigging schemes as well as execute the plot to use the court to detain and put opposition members and outspoken members of Civil Society Organisations out of circulation during the general elections,” the PDP said.

The Nigerian Bar Association (NBA) and many lawyers in their personal capacities also condemned the decision to put the head of the Nigerian judiciary in the dock.

The Coalition of United Political Parties (CUPP), in a statement by its spokesperson, Ikenga Ugochinyere, on Saturday described the planned arraignment of Mr Onnoghen as a plot by the government to force him out of office to help President Muhammadu Buhari manipulate the election tribunal.

The six governors from the South-South region have called an emergency meeting to discuss the development. Mr Onnoghen is from Cross River State in the region.

The APC spoke for the first time on the development through a statement on Sunday by its National Publicity Secretary, Lanre Issa-Onilu, saying the swift reaction by the PDP exposed the opposition party as one with a natural inclination to rise up in defence of cases of alleged corruption.

It said it expected the PDP to call for impartial investigations when corruption cases are levelled against public officers, but “spinning falsehoods and conspiracies” remains the opposition party’s favourite past time.

The ruling party dismissed as baseless the allegation that the move against Mr Onnoghen is a plot to rig the election and urged Nigerians to disregarded such allegations, as APC is committed to ensuring a free and fair election.

“The PDP’s baseless conspiracy theory on APC’s participation in the 2019 general elections should hereby be disregarded. We remain solidly committed to ensuring that the forthcoming elections go on record as one of the freest, most credible and peaceful elections in the country.”

It emphasised that the fight against corruption remains a cardinal promise by the APC to the electorate.

The party assured that the President Buhari administration remains uncompromising in its determination to rid the country of corruption and will not hesitate to investigate and prosecute any public officer if and when such is indicted for corruption.