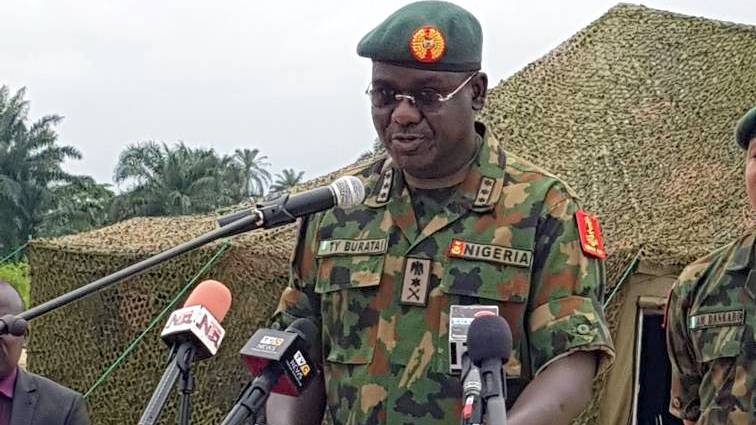 The Minister of Defence, Mansur Dan-Ali, has directed the Chief of Army Staff, Tukur Buratai, to remain in the North-east until security situation in the region improves.

The Public Relations Officer of the minister, Tukur Gusau, said in a statement on Monday that Mr Dan-Ali gave the directive when he met with the Chief of Defence Staff and Service Chiefs in his office.

The minister also directed the General Officer Commanding 8 Division, to relocate his Tactical Headquarters from Sokoto State to Zamfara, to oversee the conduct of Operation Sharan Daji.

He mandated the chief of defence staff and chief of army staff to effect changes in the operational commands of Operations Delta Safe in the Niger Delta, Lafia Dole in the North East, Sharan Daji in Zamfara and Katsina states and Awatse in the South-west.

According to Mr Dan-Ali, this is to enable them meet up with the current threats and security challenges in their areas of responsibility.

“The President, Commander-in-Chief of the Armed Forces has also directed the emergency procurement of critical equipment for the armed forces in line with the federal Gyovernment policy of procuring equipment from Original Equipment Manufacturers through government to government basis,” he said.

He announced that the Army Council and Navy Board had considered and approved the promotion of qualified senior military officers to their next higher ranks.