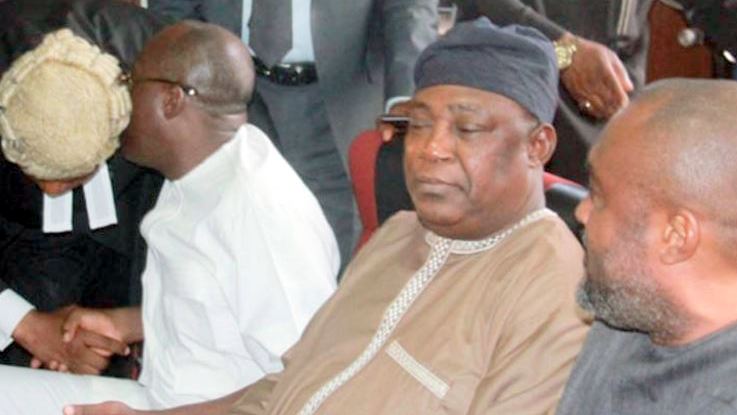 He allegedly abused his position by diverting Nigeria Air Force, NAF, funds for personal enrichment, and acquisition of properties in choice areas in Abuja.

The former air chief was first arraigned in 2015 on a 10-count charge bordering on criminal breach of trust, abuse of office and money laundering to the tune of N3.9 billion.

Upon discovery of fresh evidence, Mr Badeh was re-arraigned by the anti-graft agency on July 4, 2018 on an amended 14-count charge bordering on money laundering, which he pleaded not guilty to.

One of the new charge reads:

“That you, AIR CHIEF MARSHAL ALEX S. BADEH (RTD) and IYALIKAM NIGERIA LIMITED on or about 24th February 2016 in Abuja within the jurisdiction of this Honourable Court, did retain possession of the sum of $1,000,000.00 (One Million Dollar) only which you kept at No.6 Ogun River Street, Off Danube Street, Maitama, Abuja which funds you reasonably ought to have known formed part of the proceed of your unlawful activity to wit: theft, criminal breach of trust or corruption and you thereby committed on offence contrary to Section 15 (2) (d) of the Money Laundering (Prohibition) Act 2011 as amended in 2012 and punishable under Section 15 (3) of the same Act”.

At the resumed sitting Tuesday, counsel to the EFCC, Rotimi Jacobs, told the court that the prosecution would be closing its case, after calling 21 witnesses to prove the charge against the defendant (Badeh).

With the close of the prosecution’s case, the stage is set for the defendant to prove his innocence on the charges preferred against him.

However, Mr Badeh’s counsel, Akin Olujimi, informed the court of the defence’s intention to make a no-case submission, noting that the prosecution had failed to establish the necessary ingredients as to warrant explanation from the defendant.

Thereafter, the case was adjourned to November 21, 2018 for adoption of written addresses on the no-case submission.