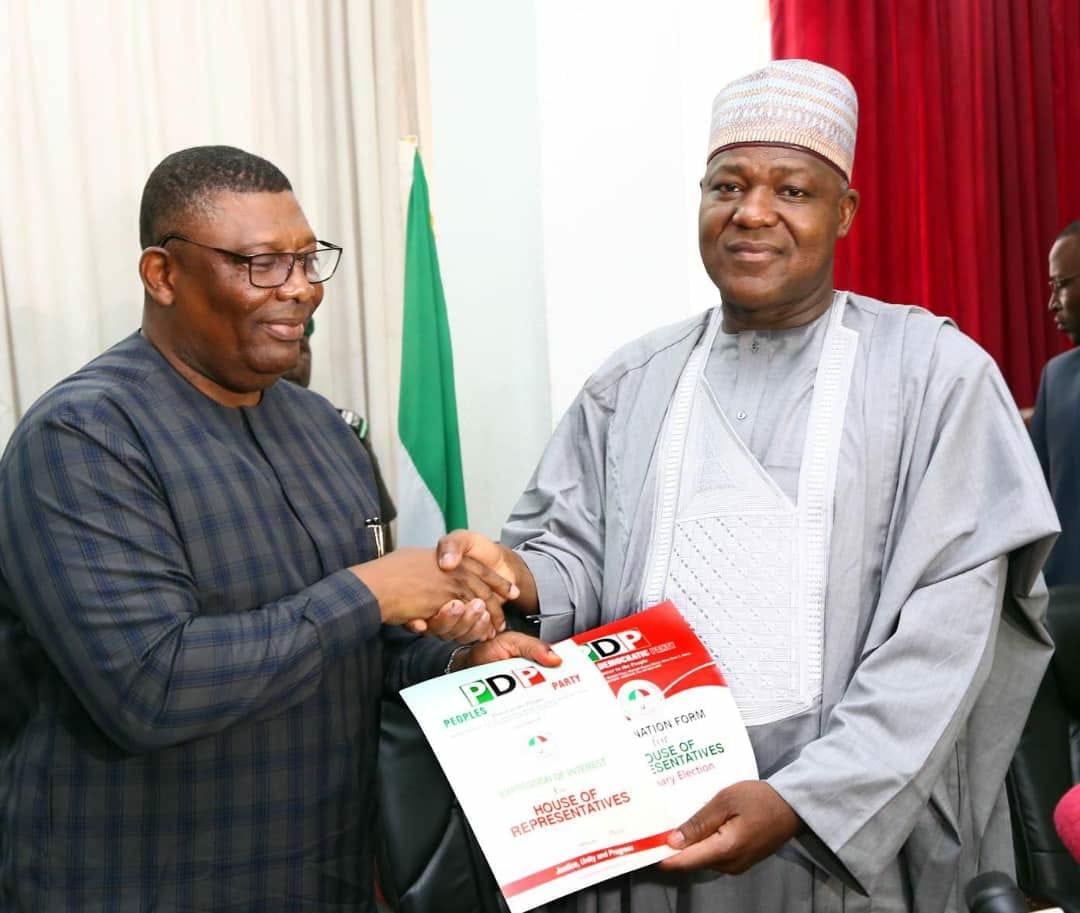 The speaker of the House of Representatives, Yakubu Dogara, has finally laid to rest speculations of his defection from the All Progressives Congress (APC) to the People’s Democratic Party (PDP), as he formally switched parties on Thursday.

Mr Dogara visited the PDP national secretariat in Abuja where he submitted his forms for next year’s House of Representatives election.

This is coming a week after hundreds of supporters from his Bogoro/Dass/Tafawa Balewa federal constituency of Bauchi State presented him a PDP nomination and expression of interest forms, urging him to leave the ruling APC.

Mr. Dogara, who has been having running battle with his state governor, Mohammed Abubakar, has been long expected to leave the APC for PDP.

Unlike other members of the National Assembly who made public their defections, Mr Dogara kept his decision closely-guarded.

Speaking at the PDP office, Mr. Dogara said he had left the ruling All Progressives Congress (APC).

“I have decided to come back,” Mr Dogara told the jubilant crowd as he submitted the 2019 expression of interest and nomination forms.

He alleged that the APC in Bauchi state had not delivered on any of its promises to the people, hence his decision to leave.

“To begin with, I was a founding member of this party that is what a lot of people do not know, I worked with Colonel Yohanna Madaki of late – of blessed memory. Anybody who doubts that I have the raw planning sheets,” he said.

“Due to certain developments, I had to leave the party for another party. I believed that I was teaming together with people to heal the people of Nigeria but I don’t want to be a prophet of lamentation. I’m not known to be lamenting to much.”

“Everybody knows where we are in Bauchi state. It will take only someone who has lost his conscience to still support the order that is in the state. We went round the state campaigning for the APC and I tell you that we have not fulfilled a single promise.”

“Nationally we all know what is happening, I will speak to that maybe on another occasion. But I must tell you that I am still shocked. When I recover, I will now tell my story devoid of sentiments in a way people will easily understand why I have taken this decision, that is being with the PDP today and I will certainly do that.”

“In the APC, there are wonderful people but equally there are people who I will call ravenous. We have a lot of bouncers, you know bouncers in the party. For me I was in the situation where I had serious questions. I will tell you that I’d rather be hated for who I am than be loved for who I’m not. So, I have decided to come back,” Mr Dogara said.

The Bauchi politician was first elected to the parliament in 2007 as a member of the PDP, Nigeria’s ruling party from 1999-2015. He defected to the APC in 2014 as part of the new-PDP bloc that revolted ahead of the 2015 elections.

As speaker, Mr Dogara is the biggest loss for the APC since the defection of the senate president, Bukola Saraki late July.