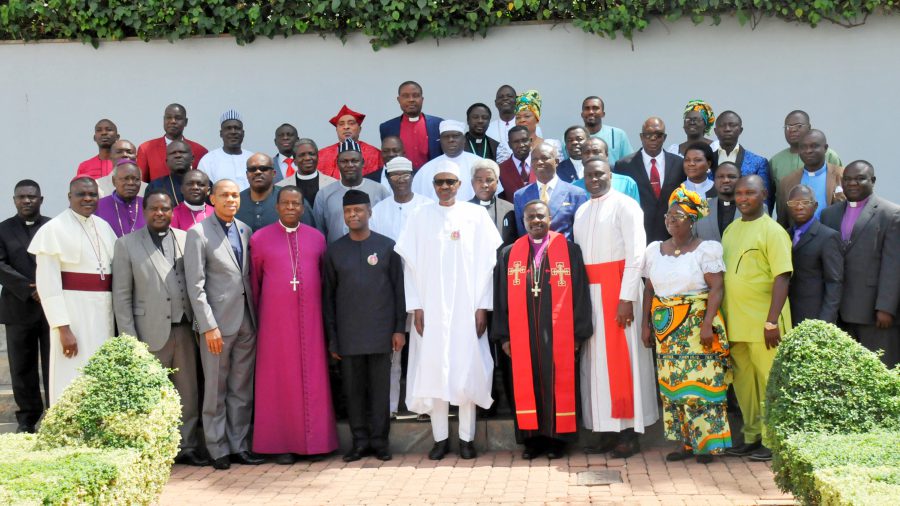 The Christian Association of Nigeria (CAN) has again accused President Muhammadu Buhari of unduly favouring Muslims from Northern Nigeria in federal appointments.

CAN was reacting to three of the latest appointments approved by Mr Buhari in different federal agencies.

In a statement by the association on Monday, its President, Samson Ayokunle, restated its earlier allegation against Mr Buhari, describing the recent appointments as lopsided and against the spirit of a united Nigeria.

“Mr Buhari on September 1 appointed Abbas Umar as the Managing Director of the Nigerian Security Printing and Minting Company, on September 13 he appointed Yusuf Magaji Bichi, from Kano State to replace Matthew Seiyefa from Bayelsa who had been operating in an acting capacity since Lawal Daura was sacked in his absence; and on September 14, he also appointed Zainab Ahmed as the acting Finance Minister to replace Mrs Kemi Adeosun who resigned as a result of her failure to participate in the NYSC programme and for parading a forged NYSC Certificate of Exemption.”

“The composition of the Government of the Federation or any of its agencies and the conduct of its affairs shall be carried out in such a manner as to reflect the federal character of Nigeria and the need to promote national unity, and also to command national loyalty, thereby ensuring that there shall be no predominance of persons from a few state or from a few ethnic or other sectional groups in that Government or in any of its agencies.”

The federal government has repeatedly denied that Mr Buhari’s appointments favour any particular section of the country, saying proponents of such do not take a holistic review of the president’s appointments.

The explanation has, however, not calmed CAN and many other Nigerians who make the accusation.

Last week, upon the appointment of Mr Bichi, some elders from Southern Nigeria and the Middle-belt condemned the appointment; saying Mr Buhari bypassed six competent senior hands in the State Security Service, who were from the South, to appoint Mr Bichi, a Northerner who had retired from the service.

In its statement on Monday, CAN, which has been very critical of the present administration, also accused Mr Buhari of neglecting Nigerians and allowing the persistence of the Fulani herdsmen crisis.

“By failing to curb the attacks of the Fulani herdsmen President Buhari has failed to uphold Section 14, Para. 2 (b) in the Constitution that ‘the security and welfare of the people shall be the primary purpose of government.

“The Miyetti Allah Cattle Breeders Association of Nigeria (MACBAN) has been threatening those who condemn their nefarious activities in the Middle belt where thousands of our members are being killed with impunity, yet the association that has a lot of things in common with terrorist organisations are not only being treated with kid gloves by the security agencies, but their aggressive attacks on the innocent people are being justified by the President, the Defence Minister, the Minister of Interior, the Minister of Information and the Inspector General of Police.

“The Boko Haram Islamic terrorist organisation has not ceased attacking and killing our people, they are abducting our members on a daily basis and despite all our hues and cries, the federal government and the security agencies have refused to liberate Leah Sharibu and others in the enclave of this blood-sucking terrorist group because of their faith,” the Christian association said.