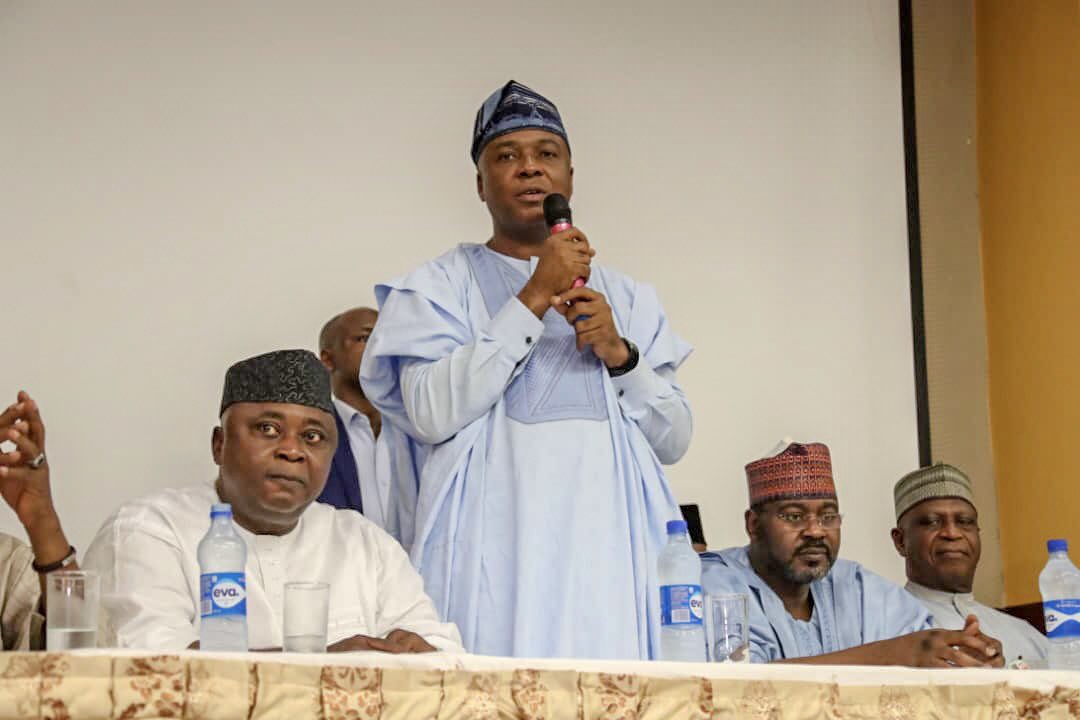 Senate President Bukola Saraki on Monday declared he is all out to oust President Muhammed Buhari at the polls in 2019.

Mr Saraki stated this at a townhall meeting with members of the Peoples Democratic Party (PDP) in Ogun State.

The event at Park Inn Hotels, Abeokuta, was in continuation of his campaigns for the presidential ticket of the PDP.

“Today in Nigeria, we are at a crossroads. There’s no sense of belonging in Nigeria again. We want a president that belongs to all Nigerians, that will unite Nigerians,” he told the party members.

Mr Saraki, who was accompanied by Kogi West senator, Dino Melaye, and other chieftains of the party, said there is a new order globally which encourages dynamic and energetic leaders, adding that he belongs in that category.

“There is a new order all over the world we have seen bringing in dynamic, youthful, energetic and digital presidents. Our people are suffering because you cannot give what you don’t have. We need a visionary leader. It is time not to vote for sentiments, but vote for someone that can perform,” he added.

“I believe I have the capacity, ability and track record, it is time we have a leader that stands for justice and I believe I represent such person. Our elders, I know many aspirants have come here, tell them your son has come out, they should mellow. On October 5 and 6, I want Ogun delegates to vote for me,” Mr Saraki said.

In his contribution, Mr Melaye added a comic dimension to the meeting as he embarked on a series of political songs to seek support for Mr Saraki.

He also condemned the ruling All Progressives Congress (APC) as well as President Buhari, calling on him to retire to Daura, his hometown on completion of his first term in office.

Mr Melaye said the ruling party is a disaster to Nigeria, calling on delegates to support Mr Saraki at the PDP primary.