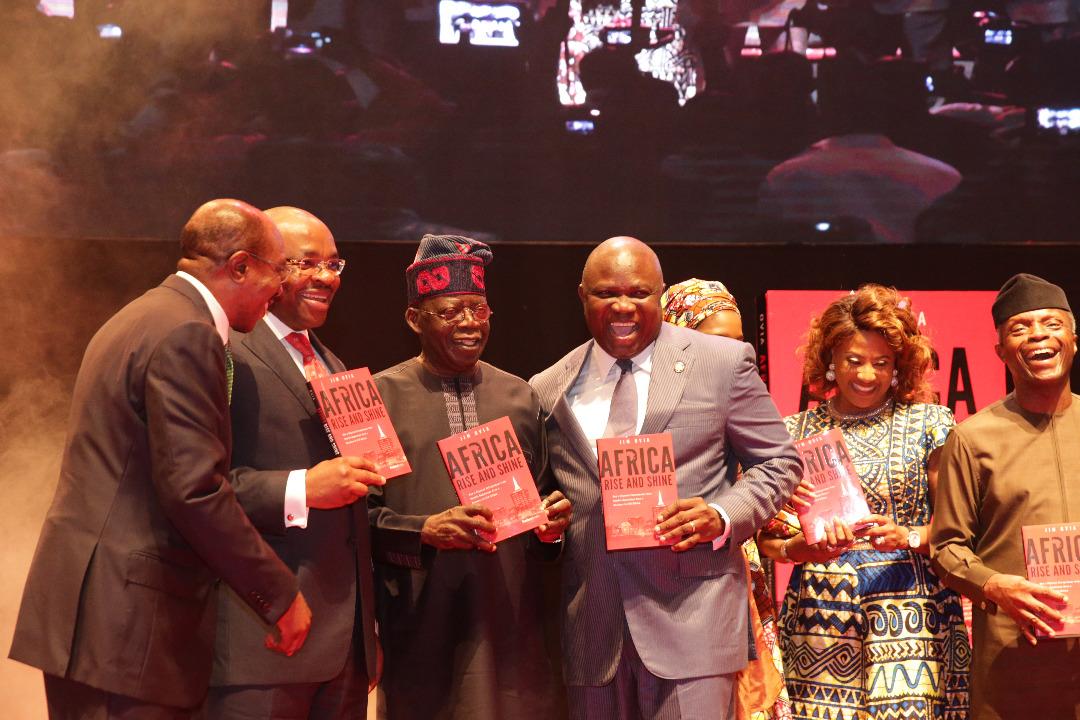 The Lagos State Governor, Akinwunmi Ambode, met his political godfather, Bola Tinubu, at a public function on Monday for the first time since news emerged that both men had fallen apart.

Last week, news made the rounds that Mr Tinubu, a former governor and de facto political godfather of state, had given his blessing to a former commissioner of the state, Babajide Sanwo-Olu, instead of Mr Ambode, who he helped make governor.

Though Mr Ambode has denied any rift with Mr Tinubu, many acolytes of Mr Tinubu have already pledged their support for Mr Sanwo-Olu, who will be competing for the party’s ticket.

Both men were sighted at launch of “Africa Rise and Shine”, a book by Jim Ovia, chairman of Zenith Bank. At the event, Mr Ambode sent the audience reeling with laughter while acknowledging Mr Tinubu.

“Actually, I didn’t prepare to come and say anything here… And who am I to speak after the Jagaban has spoken?” Mr Ambode asked.

But after the laughter subsided, he went on to shower praises on Mr Ovia.

“But obviously, the truth is, there is no person that has actually gone through the profession of accountancy that would not have had anything to do with Uncle Jim, and that is the truth.”