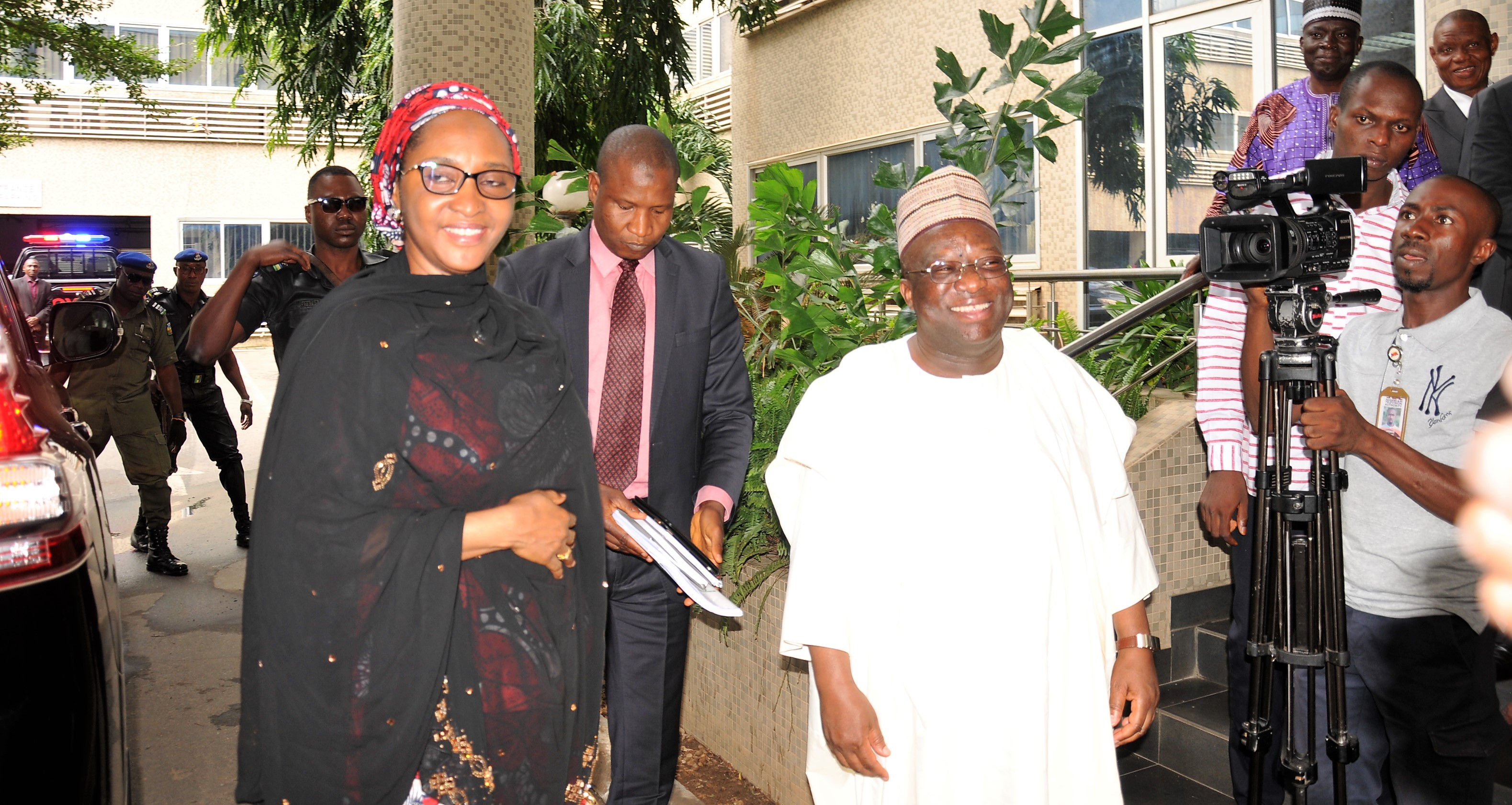 Supervising Minister of Finance, Zainab Ahmed, being received by the Permanent Secretary of the Ministry, Mahmoud Isa-Dutse, shortly on arrival at the Federal Ministry of Finance headquarters to assume duty on Monday.

The supervising Minister of Finance, Zainab Ahmed, on Monday assumed duty, vowing to work towards greater economic stability of Nigeria.

Mrs Ahmed was named on Friday as the successor to Kemi Adeosun, who was forced to resign after she was found to have used a forged National Youth Service Corps (NYSC) exemption certificate to secure the appointment.

An exclusive report by PREMIUM TIMES had uncovered the scandal. But, for over 60 days, Mrs Adeosun ignored the report and continued in office till she was forced to resign from the office.

On arrival at the Federal Ministry of Finance headquarters in Abuja, Mrs Ahmed was received by the Permanent Secretary of the ministry, Mahmoud Isa-Dutse, along with other management staff.

Shortly after, she met with the permanent secretary and directors of the ministry.

During the meeting, the minister noted the serious revenue challenges the country is facing, saying it is the responsibility of the ministry to shore up the country’s revenue base.

She charged the management staff of the ministry to do all within their powers to justify the confidence of President Muhammadu Buhari, in their ability to achieve economic turnaround of the country.

“We have very serious revenue challenges and it is up to us (the ministry) to make sure we shore up the revenue base of the country,” she said.

The minister, who is overseeing the affairs of the ministry till a substantive minister is appointed, expressed her readiness to ensure harmonious working relationship with the permanent secretary and other management staff of the ministry to achieve set goals and objectives.

Speaking earlier, Mr Isa-Dutse assured the minister of the readiness of the management and staff to give her the needed support in her duties.

Until her new role as the supervising minister of finance, Mrs Ahmed was the Minister of State for Budget and National Planning.