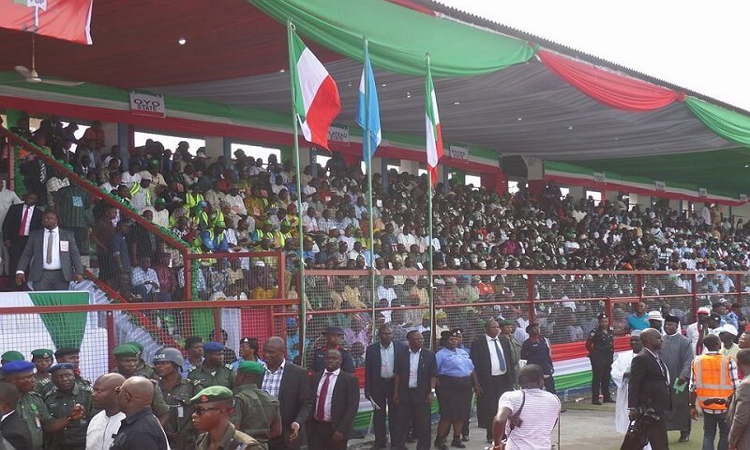 A PDP Convention used to illustrate the story

There are at least 12 aspirants vying for the PDP ticket including ex-Vice President Atiku Abubakar, Senate President Bukola Saraki and Governor Aminu Tambuwal of Sokoto.

In the same vein, the party’s governorship primary across the states of the federation holds on Wednesday, September 26.

This will be preceded by senatorial primary on Friday, September 28, while House of Representatives primary will hold on Sunday, September 30.

The party had also approved Tuesday, October 2 for House of Assembly primary across the states of the federation.

“This clarification is sequel to enquiries from the public and vast majority of Nigerians who are now rallying on the platform of our repositioned PDP to vote out the President Muhammadu Buhari-led All Progressives Congress (APC) and return our nation to the path of national cohesion and economic prosperity, come 2019.” the party’s spokesperson said in a statement.