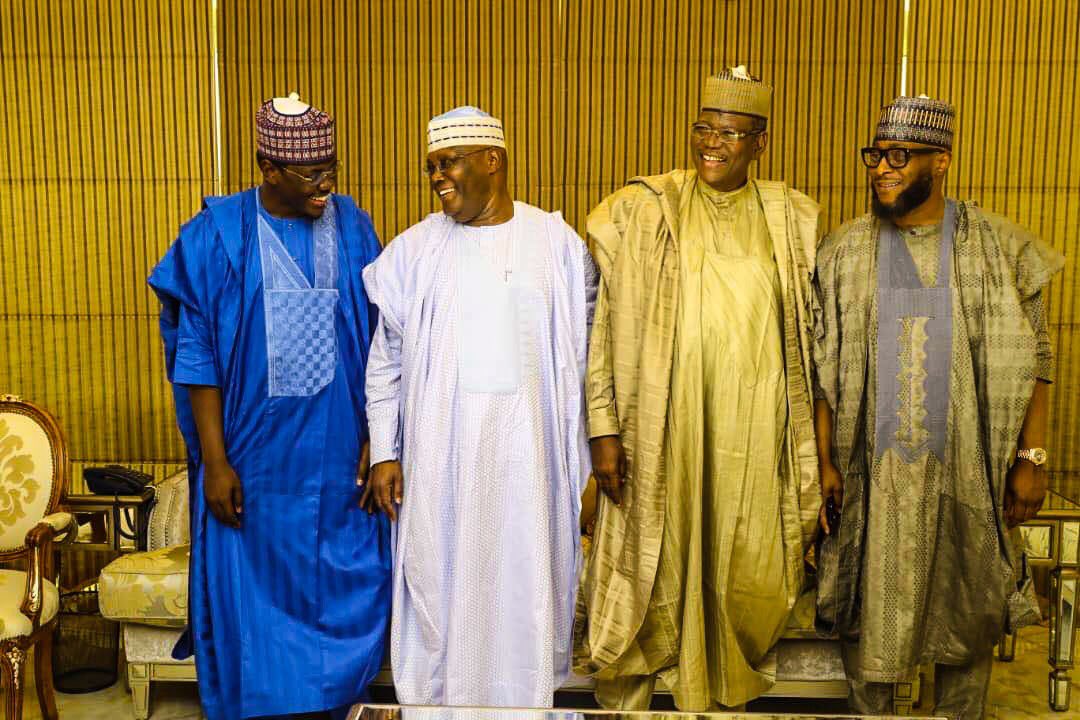 A former governor of Jigawa State, Sule Lamido, has responded to a statement in which former vice president, Atiku Abubakar, said Mr Lamido would step down for him in the presidential race.

Both men are running for the ticket of opposition Peoples Democratic Party (PDP) alongside about ten other aspirants.

At a meeting with PDP leaders in Dutse, Jigawa State on Monday, Mr Abubakar said he believed Mr Lamido would step down for him as his elder brother.

He said he believed Mr Lamido would concede the ticket to him because the former governor is his younger brother and shares the same political ideology with him.

Mr Abubakar based his prediction on the scenario in the aborted Third Republic when the Yar’Adua brothers initially sought the tickets of the defunct Social Democratic Party.

The late Shehu, who was the elder, was running for president while the late Umar sought the ticket of the same party for governorship of Katsina State.

Mr. Atiku recalled that the late Musa was eventually persuaded to sacrifice his ambition so as not to jeopardise the chances of his elder brother.

“But with the intervention of elders in the state, the junior brother Umar Musa stepped down for another aspirant so that the politics will not be a family affair, leaving Shehu Musa to contest for president while someone from another family vied for governor,” Mr Abubakar said.

Mr Abubakar told the gathering that his mother was from Jigawar Sarki, a village in Dutse Local Government Area of Jigawa State before her family migrated to Adamawa State where Mr Abubakar was born.

Responding to Mr Abubakar’s comment through a statement on Tuesday by his media aide, Adamu Usman, Mr Lamido said he would not step down.

“While it is true he (Mr Abubakar) is older than me age-wise, I’m senior to him politically because I was in the House of Representatives in 1979 when he was an employee of Nigeria Customs Services.

“And if age is the criterion for standing election then he should drop out for Buhari.”

According to Mr Usman, Mr Lamido had been “patient, loyal, committed and consistent” in politics despite all the odds and his travails.

“Even if Lamido did not shows interest to contest, PDP should have called him to be the flag bearer and if there is anyone the other aspirants should step down for, it should be Sule Lamido because he has the goodwill, political experience and capacity to confront the ruling party, APC.

“Also if Lamido is to step down, why would he aspire in the first place? Sule Lamido is out to run for the president come 2019 God willing,” Mr Usman stated.