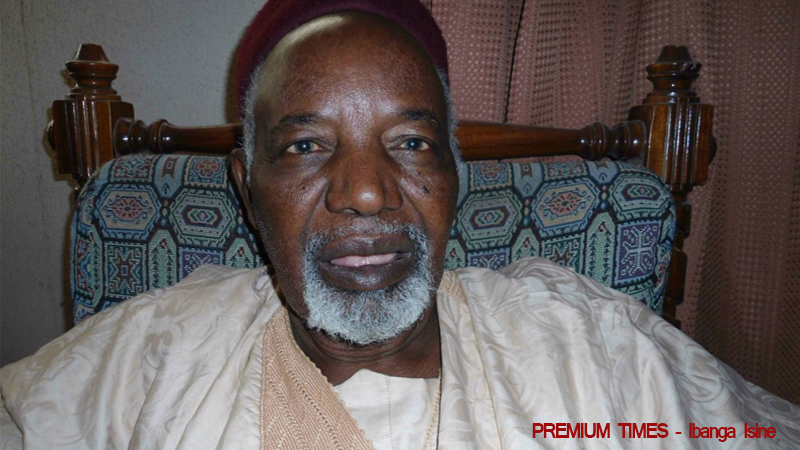 The Peoples Redemption Party (PRP) has a new national chairman.

He is Falalu Bello, a former managing director of the Bank of the North.

Mr Bello replaces the former chairman of the party, Balarabe Musa, who stepped down from his position on Friday due to failing health.

The former bank chief was elected the new chairman at the party’s National Delegates Conference held at the weekend in Kaduna.

The conference was presided over by Mr Musa.

The new chairman was announced in a communique issued at the end of the conference in which new national officers of the party were ratified.

“Conference received with standing ovation the inaugural speech of new National Chairman, Falalu Bello on the reinvigorated PRP focused on service to the people, committed to addressing poverty, inequality and good governance as a continuation of the party’s historic mission of emancipation.

Mr Musa, a former governor of old Kaduna State, was appointed the Chairman, Board of Trustees (BoT) of the party.

According to the communique, the conference ratified a 19-member Board of Trustees with Richard Umaru as secretary.

“Conference mandated the newly elected NEC to fill existing vacancies along the lines forwarded by its 54th meeting of August 31st, 2018.

The delegates also asked NEC to come up with guidelines on emergence of candidates for the 2019 general elections.

The conference also mandated NEC to confirm the remaining members representing the six geo-political zones to ensure each zone has a full complement of at least three members.

“Conference saluted Malam Abdulkadir Balarabe Musa and gave him a standing ovation for his steadfastness in keeping the PRP spirit alive despite all challenges over the years,” the communique stated.

Falalu Bello served as Chief Executive Officer and Managing Director of Unity Bank Plc until July 10, 2010. Mr. Bello started his working experience in 1980 as a Magistrate Grade II with the Kaduna State Government. He served as the Company Secretary of Northern Nigerian Investment Limited and National Freight Company Limited from 1980 to October 1983.

In 1983, he was appointed Commissioner for Trade and Industry with Kaduna State Government. Mr. Bello later joined Habib Nigeria Bank Limited in 1984 and became the Managing Director/Chief Executive Officer from 1994 to August 1998.

He was also Managing Director of Intercity Bank Plc and Managing Director Nigerian Agricultural Cooperative and Rural Development Bank (NACRDB) from 1998 to 2002. He served as Chairman of UnityKapital Assurance Plc until March 2014.

He serves as a Non-Executive Director of Jaiz Bank PLC. Mr. Bello served as a Director of Kakawa Discount House Limited since June 12, 2006. He served as Director of Unity Bank Plc. He was in 1992 honoured as Sarkin Bai of Zazzau, Zazzau Emirate Council and an Officer of the Federal Republic (OFR) by Government of Nigeria in 2001. He holds a Bachelor of Laws Degree and is also a Barrister and Solicitor of the Supreme Court of Nigeria. He is an alumnus of Harvard Business School.