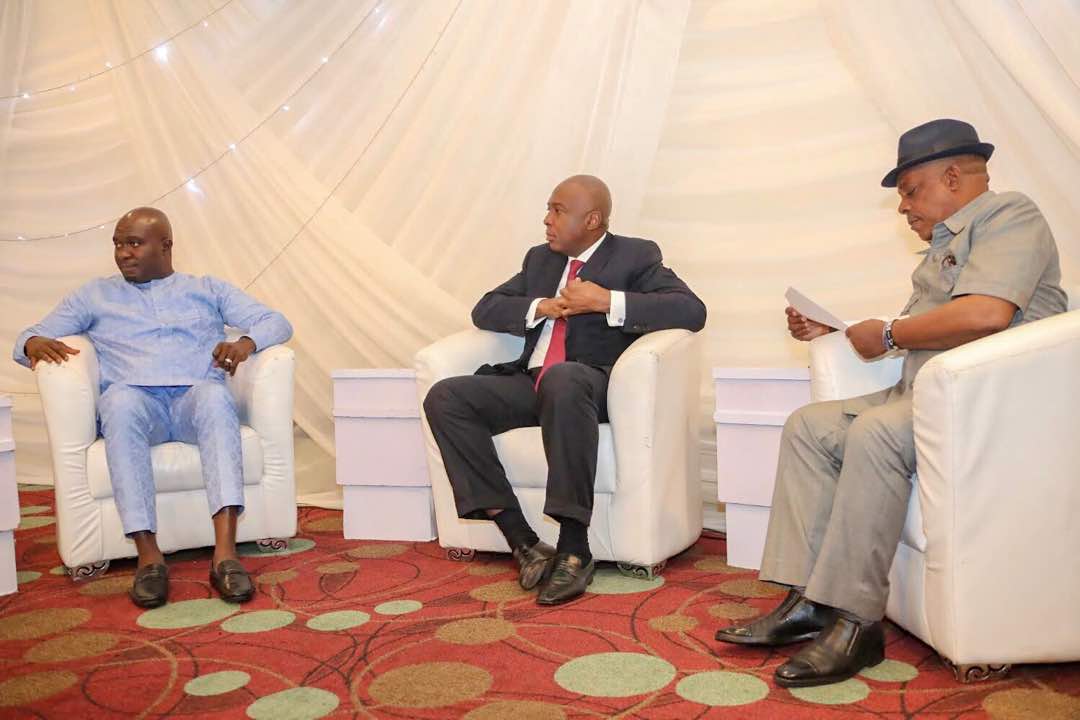 The Senate President, Bukola Saraki, has responded to a statement issued by the #NotTooYoungToRun movement.

The movement on Thursday condemned Mr Saraki’s action of making his presidential declaration at an event organised by the group.

The group had long maintained a non-partisan posture in its advocacy. It expressed strong reservations about the decision of a politician using the platform to declare a political ambition.

“The movement wishes to express its disappointment with Senator Saraki for usurping a platform designed for young aspirants to dialogue with party leadership to advance his personal political ambition. We strongly condemn this act by the President of the Senate and dissociates ourselves from this political move,” the organisers said in a statement sent to PREMIUM TIMES by the convener, Samson Itodo.

However, Mr Saraki in a statement by his Special Adviser on Media and Publicity, Yusuph Olaniyonu, said his declaration was made in good faith.

“It is true that the Not Too Young To Run leadership had no prior knowledge of the content of the Senate President’s remarks. However, the announcement by the Senate President that he intends to throw his hat into the ring to contest for the Presidency was made in good faith to young PDP aspirants, partly as a symbolic act of encouragement.

“It was not the intent of the Senate President to put the group or its leadership in an invidious position,” Mr Olaniyonu said.

The senate president appreciated the contribution of the group to the development of Nigeria’s democracy and vowed to continue to work closely with young people across the country in order to make Nigeria a better place for all.

Mr. Saraki made his declaration at a public dialogue organised by the youth group that successfully lobbied for the passage of a new law that reduced the age of qualification for political office across the country.

The event, themed: “Youth Candidacy and the Future of Nigeria Beyond 2019”, is a series of political engagement aimed at broadening the political participation of young Nigerians ahead of the elections next February.

“Your generation does not deserve to live in the poverty capital of the world,” Mr. Saraki had said to a cheerful audience.

He promised to lead the fight against poverty and employ every God-given resource available in turning things around. He expressed determination to stimulate the growth of Small and Medium Enterprises (SMEs) “as one of the ways of energising the economy and to create wealth for our people, especially the youth.”

His declaration came barely 24 hours after his fellow party member, Rabiu Kwankwaso, also officially declared his intention to run for the office of the president.

Both men are among about a dozen aspirants seeking the PDP presidential ticket.