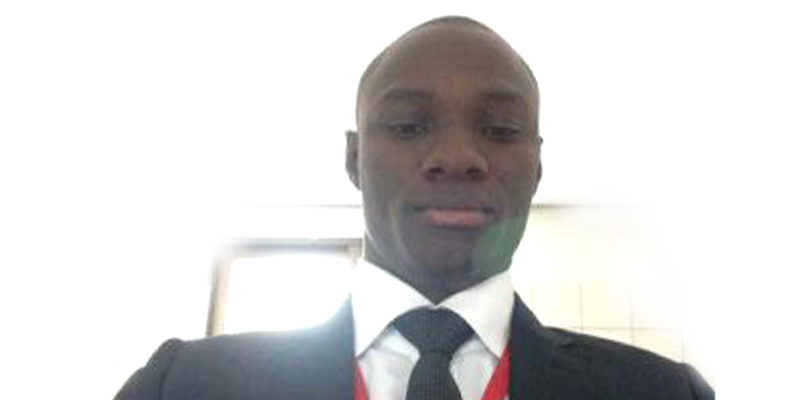 As part of moves to further traumatise him, the Nigerian police, through the Special Anti-Robbery Squad (SARS) on Tuesday froze the bank account of PREMIUM TIMES reporter, Samuel Ogundipe.

Mr Ogundipe was arrested at about 300 p.m. and driven from the SARS headquarters in Abuja to the IGP Monitoring Unit at Force Headquarters where he was made to write a statement concerning the source of a recent story  he wrote. He has declined giving his source as allowed by journalism ethics.

Mr Ogundipe’s salary account with Ecobank was frozen in an attempt to frustrate him. One of the police officers handling the investigation,  Emmanuel Onyeneho, an inspector, was heard saying they had to freeze the account to incapacitate the reporter.

At the Force headquarters, where he was taken, a Deputy Commissioner of Police at the IGP Monitoring Unit, Sani Ahmadu, was heard directing lawyers to “rush to court” to obtain a warrant to detain Mr. Ogundipe.

They also repeatedly asked the journalist to disclose his source.

Mr Ogundipe has been taken back to the SARS headquarters in Abuja and is currently being detained there.

Apart from asking Mr Ogundipe to disclose his source, the police also accused the reporter, who covers the security sector, of publishing mainly negative stories about the police.

Mr Onyeneho told Mr Ogundipe that they believe the journalist had written more negative stories than positive stories about the police and they considered that a crime.

He said the journalist must disclose all his sources for his stories about the police, something Mr Ogundipe professionally declined.

Aside Mr Ogundipe, this newspaper’s editor-in-chief, Musikilu Mojeed, and its education correspondent, Azeezat Adedigba, were also briefly detained and harassed by the police at the SARS headquarters in Abuja.

Ms Adedigba and Mr Mojeed were later released after hours of detention.