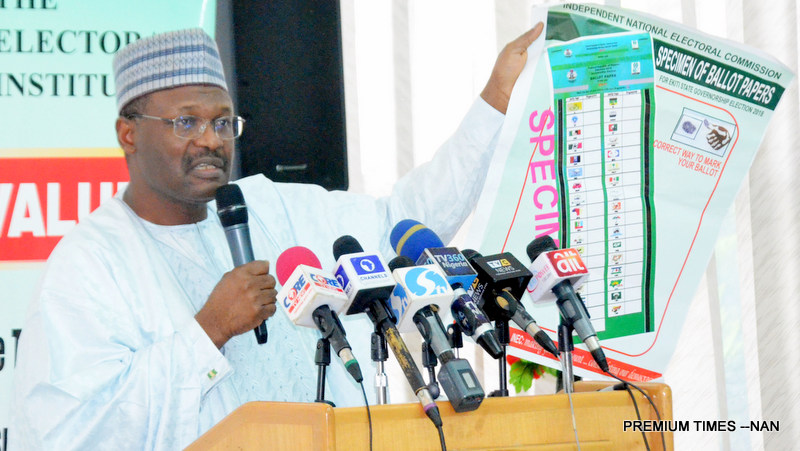 A judge of the Federal High Court, Abuja, Stephen Pam, has insisted that the police arrest the chairman of the Independent National Electoral Commission (INEC), Mahmood Yakubu.

A Court of Appeal presided by Justice Abdul Aboki had on Monday suspended the bench warrant issued for the arrest of Mr Yakubu by the lower court on August 8.

Mr Pam’s initial order was made after Mr Yakubu failed to appear in court for the third time, over a case involving Anambra State politics.

Mr Yakubu’s case was brought before the lower court by an Anambra State politician, Ejike Oguebego, challenging the commission’s refusal to recognise him as chairman of the People’s Democratic Party (PDP) in Anambra in compliance with a Supreme Court judgment of December 2014.

PREMIUM TIMES had reported how Mr Yakubu’s lawyer, Adebgboyega Awomolo, confirmed the report and explained that the order given by the court of Appeal on Monday means that the lower court cannot sit, until all pending appeals at the appellate court are decided.

The FHC also slated August 14 for the continuation of the matter.

When the high court resumed on Tuesday, Mr Pam said the defence team had not shown any evidence that a higher court ordered the suspension of the matter. According to the judge, the suspension of the August 8 directive cannot be based on hearsay. The court frowned at the absence of Mr Yakubu as well as his counsel Adegboyega Awomolo, who arrived after the judge’s ruling.

After noting that the defence failed to provide evidence of the appeal court ruling, the court said the August 8 order still stands and adjourned the matter till August 16.