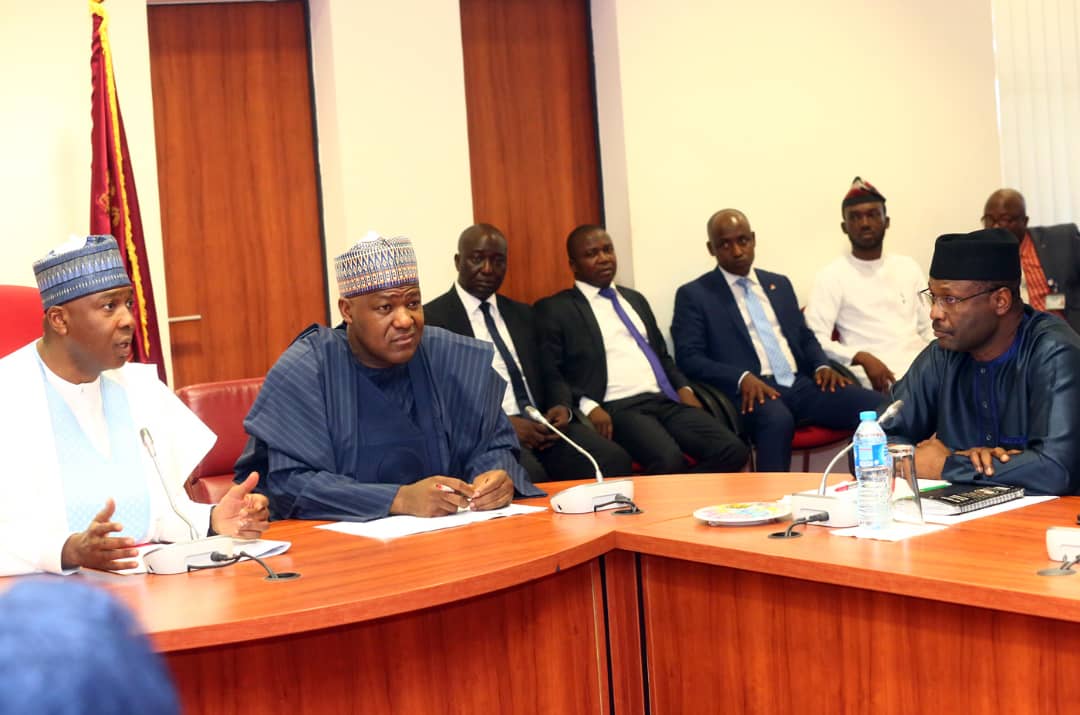 2019 election shouldn’t be taken as an emergency – Dogara

The Speaker of the House of Representatives, Yakubu Dogara, has cautioned the federal government against treating the 2019 elections as an emergency.

He gave the advice during a meeting of the leadership of the National Assembly with the Independent National Electoral Commission (INEC) chairman, Mahmoud Yakubu, on Wednesday in Abuja.

Mr Yakubu was meeting the leaders of the National Assembly to facilitate quick appropriation of funds for the election, which he noted was just “exactly 91 days away.”

President Muhammadu Buhari submitted the budget for the elections to the lawmakers just before the lawmakers adjourned for a recess until September 25.

Following apprehensions that the adjournment could lead to late consideration of the budget and affect INEC’s preparations for the elections, the leadership of the National Assembly scheduled a meeting with the management of the commission for Tuesday.

But this arrangement was put off in the wake of the siege to the National Assembly by security officials on Tuesday.

“As leaders of the National Assembly, we are committed to appropriating whatever is needed within the confines of the resources of the nation for INEC to be able to actualise this and that is why this meeting is important,” Mr Dogara said when the meeting finally held on Wednesday.

“However, personally, I have some questions that I intend to raise, but I will raise these in the process of discussion because it appears that we are treating this 2019 election as an emergency, which it ought not to be, so that is just my concern.”

Mr Dogara who acknowledged gains recorded during the last election cycle in 2015, urged the electoral umpire to ensure that standards are improved upon.

“I want to reiterate that we are committed to an electoral process that will better our experiences of our 2015 general elections. We’ve already set a standard where the world has avowed our electoral process to be fair to a certain degree and we must not go below that standard.”

INEC chairman, Mr Yakubu, on his part, thanked the leadership of the National Assembly for their continued support.

“Let me, on behalf of the commission, thank your excellencies and the leadership of the National Assembly for this meeting. We are now reenergised and more reassured that our plans for the 2019 general elections are absolutely on course as far as funding is concerned.”

He, however, stressed the need to act quickly, especially as elections are “exactly a hundred and ninety-one days away”.