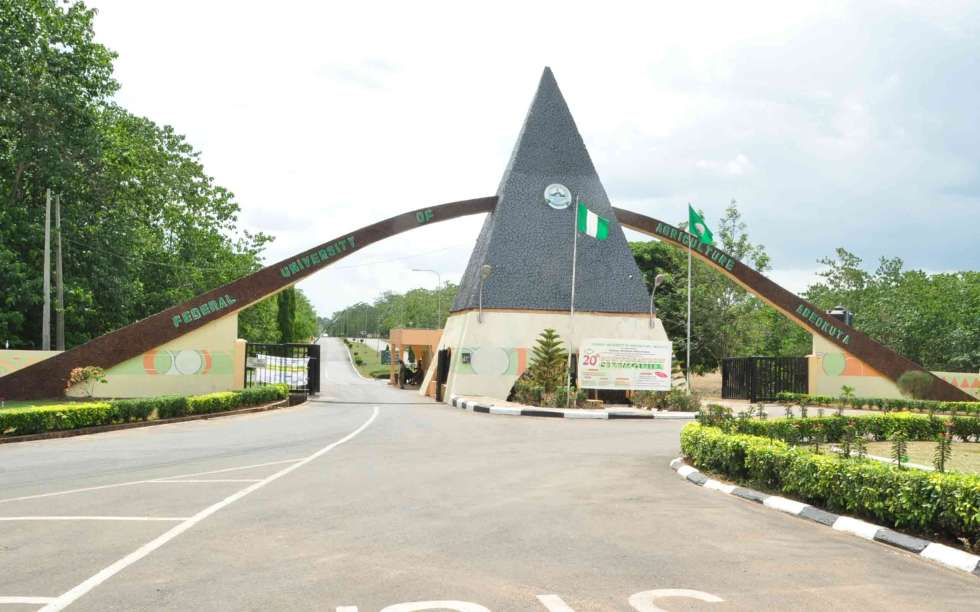 Kolawole Salako, the Vice-Chancellor of Federal University of Agriculture, Abeokuta (FUNAAB), has appealed to the Federal Government to rescind its decision to abolish the College of Management Sciences (COLMAS) in the institution.

The vice-chancellor, who conceded that the university was no longer admitting students for management programmes, however, expressed regrets at the government decision.

“We definitely have no option than to comply with the policy. We complied immediately when the federal government pronounced it and we’ve stopped admitting students for courses in management sciences.

“However, those students who are currently running such programmes in the university must, however, be allowed to graduate,’’ he said.

Mr Salako said that the government decision would affect the students and lecturers of COLMAS, as the students might not be able to make historical reference to the college as their alma mater, while the lecturers would have to seek employment elsewhere or stay put in the university.

Mr Salako said that what the university authorities needed to do was to modify the curriculum of COLMAS to reflect a bias toward agriculture.

“There’s no law that says that even an accountant cannot study agriculture. All we need to do is to modify our curriculum to give orientation to our students to appreciate agriculture.

“That is the essence of being a specialised university. The federal government should revive the college and we shall modify our curriculum to fit in properly,” he said.

Mr Salako said that there were specialised universities around the world which also offered courses that were outside their sphere of specialisation.

He stressed that agriculture had gone beyond the “hoe-and-cutlass’’ approach and other farming techniques, saying that it now had strong inclinations toward business.

The vice-chancellor said that for agriculture to succeed, it must have value addition, while the study of management courses in that arrangement could not be totally ruled out.

He, nonetheless, called for a synergy between the university and the ministries.

“Don’t also forget that there are other specialised universities in Nigeria that are still under the Federal Ministry of Education.

“For instance, the Defence Academy is already an degree awarding institution and is subject to the Ministry of Defence but it is also relating to the Federal Ministry of Education,’’ he added.