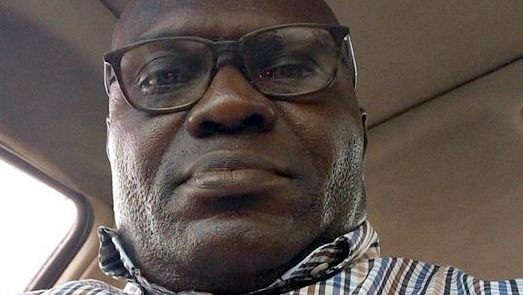 A newspaper publisher in Nigeria has been suspended from a local press union for publishing fake stories.

The suspended journalist, Ephraim Ikpe, was reported to the union for using The Wave, a local newspaper he publishes in Akwa Ibom State, to run fake stories against Cletus Ukpong who is PREMIUM TIMES’ south south editor.

He was suspended on Wednesday at the Congress of the Consolidated Chapel of the Nigeria Union of Journalists (NUJ), Akwa Ibom State Council, through unanimous votes.

A statement issued thereafter by the Secretary of the Consolidated Chapel, Udeme Hosea, said the union was angry that Mr Ikpe, after receiving a previous warning, was defiant in his attack against the PREMIUM TIMES journalist.

The suspended journalist, however, told PREMIUM TIMES, Friday morning, that his suspension did not follow due process.

He said he was not invited to the meeting where the decision to suspend him was taken.

The stories, which Mr Ikpe is being sanctioned for, were fabricated by the Akwa Ibom state government and syndicated to newspapers with the intent to get at the Mr Ukpong for his investigative series which exposed the rot in public education in the oil-rich state, this newspaper learnt.

The attack on the PREMIUM TIMES journalist has been condemned by several groups like the Committee to Protect Journalists (CPJ), Civil Liberties Organisation (CLO), and the Independent Newspaper Publishers Association (INPA).

One of the fake stories, which is being circulated on the Internet, claimed that Mr Ukpong duped his uncle, a retired professor, of some huge amount of money, which caused him to die of heartbreak.

The widow of the late professor has refuted the lie against the journalist.

Publishers were said to have received a bribe of N10, 000 (about U.S $28) each from the Akwa Ibom government to publish the fake stories in their papers.

One of the publishers who refused to be part of the campaign against Mr Ukpong told PREMIUM TIMES that Essien Ndueso, a media aide to the Akwa Ibom governor, Udom Emmanuel, informed him that the funding was provided by the Commissioner for Works in the state, Ephraim Inyang.

Mr Ndueso in an interview with PREMIUM TIMES denied having a hand in the campaign against Mr Ukpong. He also denied being the publisher of Global Pilot, a local paper that is at the forefront of publishing lies against the PREMIUM TIMES reporter.

“I have never been a publisher in my life,” he said. “I am not publishing any newspaper.”

The Commissioner for Works, Ephraim Inyang, has not responded to calls and text messages sent to his telephone lines.

A non-governmental organisation in Abuja, the Committee for Political Freedom & Responsibility (Cpfr), said that the suspension of the erring publisher was a welcome development in the fight against fake news.

“The impact of fake news is becoming a major social issue, globally, and it is even more worrisome to see journalists act as fabricators and circulators of fake news,” the group said on Thursday in a statement issued by its National Chairman, Ubong Ikpatt.

“We, therefore, commend the Consolidated Chapel for sanctioning Mr Ephraim Ikpe for this breach of journalism ethics.

“We implore His Excellency Governor Udom Emmanuel and the Akwa Ibom State Government to come clean, by sanctioning its officials said to be responsible for the smear campaign against the Premium Times reporter,” Mr Ikpatt added in the statement.

Meanwhile, the editor of The Anchor, another paper which published the fake stories against the PREMIUM TIMES reporter, said he has resigned his appointment with the paper.

The editor, Andrew Obot, said he had objected to the story being used in the paper the first day he saw it because, according to him, he sensed that it was fake.

He said the publisher, Joseph Okon, who is Governor Emmanuel’s aide on grassroots mobilization, bypassed him to get the fake story into the paper.

“I first saw that same story in Global Pilot, a paper owned by Essien Ndueso, the Special Assistant on Media to Governor Udom Emmanuel.

“I wouldn’t have allowed it into The Anchor newspaper if I were around when they brought it back. Or maybe there would have been a clash between me and the publisher,” Mr Obot told PREMIUM TIMES.

He added, “I have told him if the matter gets to court that it is him, and not me, that will stand in for it. After all, he only put my name there as an editor, whereas it is him that decides everything that is published in the paper.”

When PREMIUM TIMES contacted the governor’s aide, Mr Okon, he lied that he was not the owner of The Anchor newspaper, despite the evidence to the contrary.